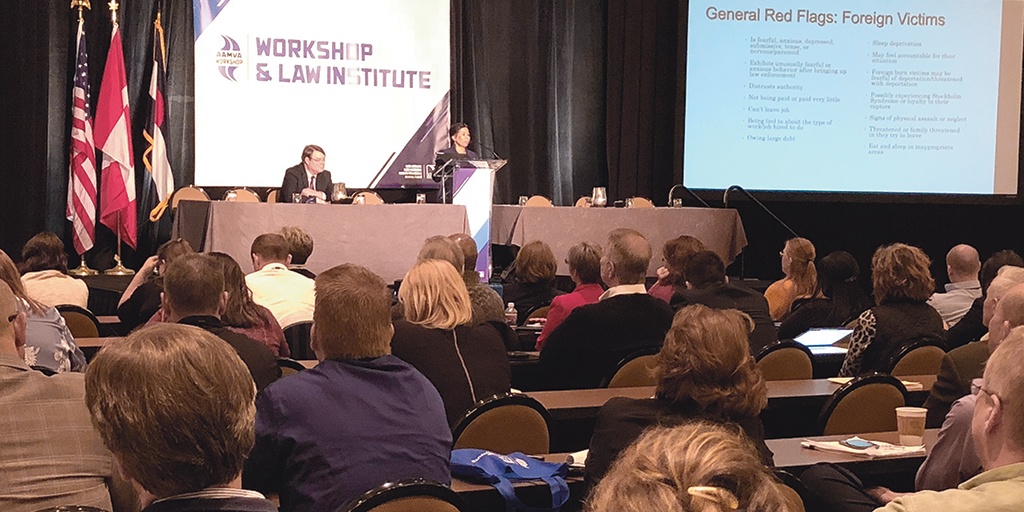 What lessons did you learn at AAMVA’s 2018 Workshop & Law Institute?

The sessions I enjoyed and got the most out of were the two sessions that were held in the Grand Ballroom on Customer Service and the Detection and Prevention of Fraud.

I have to say at first when I walked in and saw everyone broken up into pods and saw the speakers switching from pod to pod I thought it might not work well, but it worked great! I liked the fact that we were in small groups and could talk amongst ourselves and share ideas and issues.

I also learned a lot from the small groups I was in. As a matter a fact, I came right back to push Arizona’s idea on the online testing of 16- and 17-year-olds. I have been an advocate of this for a long time, and in a state like Connecticut it is hard to make such a change, but now that Arizona has done it maybe we, too, can follow in their footsteps. I will be following up with them to see how things are progressing since it was only their first month.

I came away from the Workshop & Law Institute with valuable information on how other jurisdictions are processing unconventional vehicles. I also learned about a couple of best practice documents that AAMVA had produced that I was unaware of. I will be reviewing those for additional insight and information.

Although the issue is abhorrent and often awkward to discuss, I found the session titled The Fight Against Human Trafficking to be excellent. I thought the session faced the issue head on. We left informed on what to look for, what resources are available and how to identify and protect the vulnerable. The takeaway: Join the fight!

One of the most interesting breakouts was on cognitive impairment and the validated roadside testing that would help officers evaluate whether a re-exam would be appropriate or if an elderly person should even continue driving from the traffic stop. I always appreciate learning from other jurisdictions and bringing value back to my state as a result of attending AAMVA events.

The most important resource I found at the Workshop was the depth of knowledge from the membership and AAMVA staff. We all face similar problems and struggles, but you can lean on the AAMVA staff and membership to find a course to solve current issues. We are also exposed to what the future holds with ways we should prepare for implementation like mobile ID and autonomous vehicles. All of that training mixed in with a few smiles, laughs and good times makes for a great event.

AAMVA members had a lot to say about the 2021 Virtual Annual International Conference!

What was your favorite summer road trip?