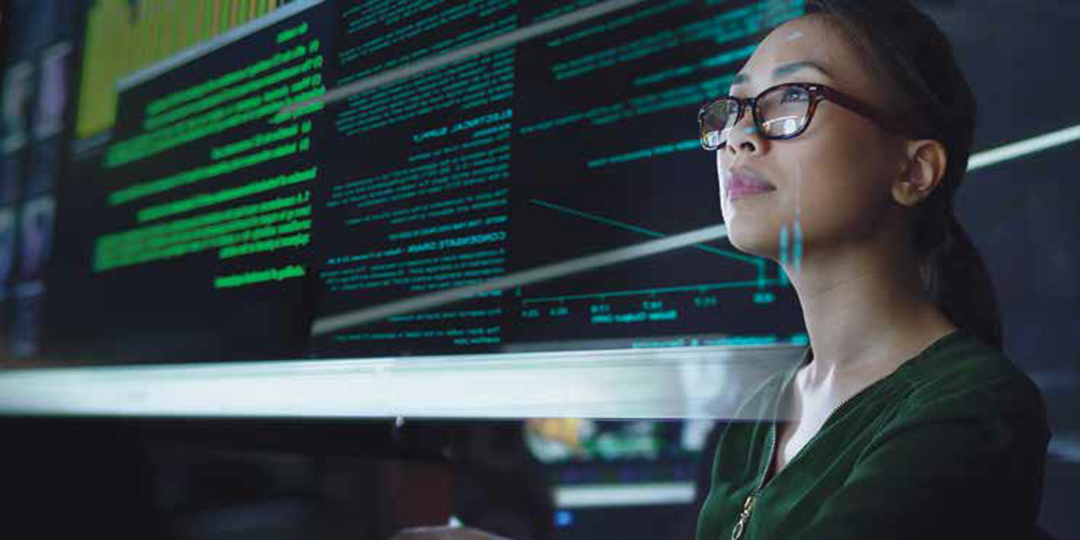 I once had a case where a used-car dealer was suspected of committing odometer fraud. While investigating, I had to manually type 800 vehicle identification numbers (VINs) into our jurisdiction’s title database and review each title scan to find the vehicle involved in the fraud scheme.

I knew there had to be a better and more efficient way to go about doing this, as the previous way was a huge amount of work simply entering in all of the data. So, I started playing around with the National Motor Vehicle Title Information System (NMVTIS) Law Enforcement Access Tool. There is a bulk search feature that allows you to search for up to 10,000 individual VINs at a time—and when I received a report back just one day later, I was very surprised with the level of detail. It showed specific data, such as the vehicle make, model and year, along with a complete title history, going back to the manufacturer of origin for each vehicle, with a record of every date and location where a vehicle was titled during its lifetime. This allowed me to easily see any discrepancies in reported mileage, clearly identifying which vehicles and persons were involved in the odometer fraud scheme.

For detectives who investigate vehicle fraud, NMVTIS is a vital tool to increase efficiency and save time. Before we had the Law Enforcement Access Tool, we often would have to wait up to five weeks in order to receive correspondence back from other jurisdictions on titling information.

For example, I had another case involving a fraudulent title operation where a dealer was essentially renting out their dealer’s license to subscribers nationwide. Over 30,000 vehicles across 46 jurisdictions were being falsely titled in Arizona, then being quickly retitled across the U.S. to establish illegal car dealerships. Now, think about all of the time that would be wasted while attempting to sort through thousands of titles across tens of jurisdictions. I don’t think it’s even measurable how much time we save using NMVTIS.

I encourage everyone in law enforcement who deals with vehicle investigations to use the Law Enforcement Access Tool. Get a login, run some searches and familiarize yourself with how the tool works. Because if you’re not using it, frankly, you’re behind the times.

There’s a saying on the force that officers hate things that don’t change and hate things that do change—so there’s always a struggle when you start adjusting processes and procedures. But our department chief, Matthew Packard, has always pushed for more efficiencies in how we conduct business. And it’s been determined that the greatest way to achieve said efficiencies is through the smart implementation of new technologies.

A great example of technology bringing about efficiency is our jurisdiction’s use of digital driver licenses. Gov. Jared Polis signed an executive order on October 30, 2019, authorizing the Colorado Digital IDTM as a legal form of personal identification in the state, and Colorado State Patrol (CSP) began accepting the Digital ID in November 2020 after pilot testing was conducted. As of February 2021, State Patrol had engaged with the Digital ID—located in the myColorado™ mobile app—during 1,400 traffic stops.

The benefits are widespread. Coloradans can use their cell phone to conveniently show a secure version of their driver’s license to get into a bar, make a transaction at a bank or if they’re involved in a traffic stop with a police officer. Because the Digital ID does not need to be exchanged since information is transmitted electronically, both the driver and the officer are safer during the pandemic.

In parking lot traffic stops during our initial pilot testing, we found that there was almost a 50% decrease in roadside time for traffic contacts involving drivers using their Digital ID. We walk up to their car, the driver scans the officer’s QR code with their cell phone and agrees to share their ID information. If they had uploaded their vehicle registration and proof of insurance into the app Wallet, all are transmitted directly to the terminal in the police car.

The next phase is being able to attach an e-citation or a warning to the driver’s account on the myColorado app and allow for communication between the police officer and the driver until the contact is complete. Once the officer closes the contact, the link is no longer active—we do not store all of the information, only what we would collect during a routine traffic stop. And we account for any privacy issues with data collection by having everyone consent to participate when signing up for the app.

The plan is to expand the myColorado program to include additional state services, such as digital fishing licenses (as of April 2021) and updating unemployment information. But it’s important to remember the program first had two primary goals: To provide the public with a secure digital ID and to increase officer and public safety by reducing the time spent at traffic stops.

The public seems to be responding well to the myColorado program, as the number of participants has grown to over 112,000 users and 390 business partners.

When I first started as chief, we were in discussions with several companies about using data analytics to identify anomalies within the DMV database. We wanted to look at things like potentially being able to identify employees that were committing fraud in the system, such as bypassing certain requirements for issuance of a license or a commercial driver’s license, or even fraudulently waiving fees on registration and then taking the money for themselves.

Several months into that discussion, we got a new director at the department, Steve Gordon, who comes from the private sector and has a tech background. With his knowledge and experience, Gordon let us know that there are tools that’ll do this for you—we just need to figure out where the data resides and how to get this data to work for us.

We started by investigating internal matters, then had a big push to use this analytic approach to help in investigating other crimes we encounter, with the first one relating to disabled parking placards. We have data showing that during some investigations, up to 44% of drivers using these placards were doing so fraudulently. We decided to dive deeper into the application process, putting drivers into categories like age groups, medical providers and distance from the doctor to the recipient of the placard to see if there were any anomalies or trends we could find.

Interestingly enough, we found a good amount of people right away who were traveling far from home to certain doctors to issue their placards. Or, there were people in a certain age group where it was pretty obvious the majority were healthy—yet many of them had placards on file, and we were finding that they were all getting through the system with forged doctors’ signatures.

Since then, we’ve expanded our use of analytics to find and shut down unlicensed car dealers and auto body shops, along with helping combat smog emissions fraud.

Originally, there were some members of the department who were all for keeping the same old approach—boots on the ground, working the streets and getting informants. They thought that was the best way to capture criminals. But the more time we spent actually pulling the data, compiling it and merging different sources, our people started to realize the value. We’re now getting information in minutes that used to take us weeks to track down. There’s no denying the increased efficiency brought on by data analytics has improved our operating procedures and has allowed us to identify more criminal behavior we may have been blind to previously.

What changes did you implement during the pandemic that you can see being permanent changes to your jurisdiction’s operations?

Be Careful with Convenience