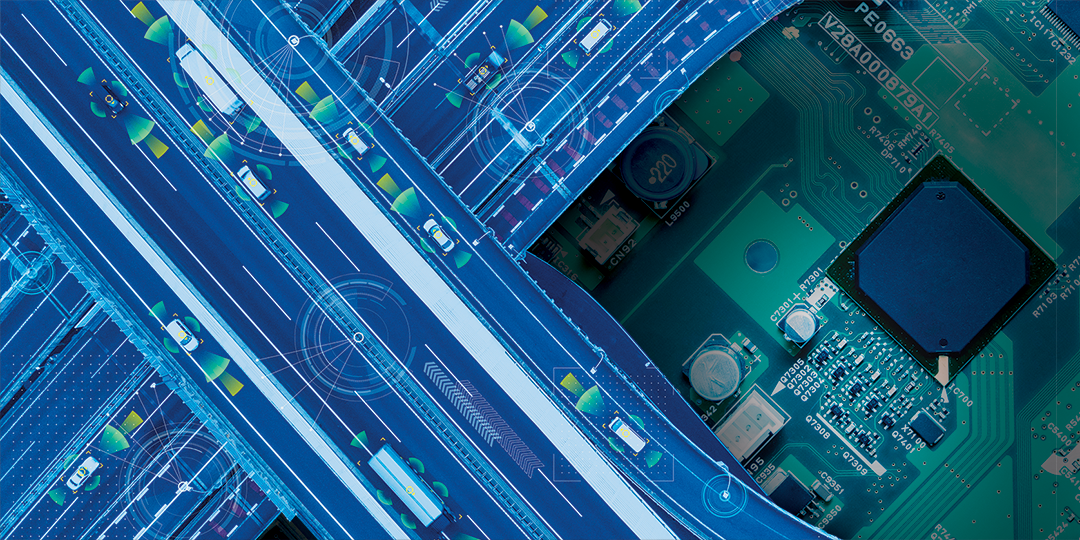 The automobile manufacturing industry has always been extremely innovative. In turn, the safety features included in each manufacturer’s vehicles are constantly evolving, building off previous technologies to improve performance. The competition among manufacturers with these Advanced Driver Assistance Systems (ADAS) is great for the consumer, as automobile manufacturers are constantly trying to outperform their rivals to make the best and safest vehicle for customers.

Despite being competitors, what automakers generally agree on is that these ADAS technologies have contributed to increased traffic safety. And the data collected on national roadways supports this. According to the National Motor Vehicle Crash Causation Survey conducted by the National Highway Traffic Safety Administration (NHTSA) from 2005–2007, approximately 94% of serious motor vehicles crashes are due, in part, to human choice or error. Last year alone, more than 37,000 fatalities were attributed to auto crashes.

A 2013 NHTSA study showed that drivers in vehicles that were 15+ years old were 50% more likely to be injured in a crash than a newer vehicle. This data can be interpreted to show that vehicles with ADAS features are, in general, safer than their predecessors. The numbers demonstrate that any technology that increases assistance for the driver has a positive impact on auto safety.

One issue that’s always debated in the auto policy world is whether to mandate. Industry takes a more nuanced approach. While certain things lend themselves to regulation, others prosper and develop more quickly when industry works independently. Such work has taken different avenues, including individual automaker work, standards work at places like SAE (Society of Automotive Engineers) or ISO (International Organization for Standardization), and, sometimes, voluntary industry commitments. All of these approaches have the benefit of being quicker and more flexible than regulatory processes—legislation often takes months or years to finalize, and the rulemaking process takes additional years.

What industry has come to understand is that consumers want to use their “safety dollars” in different ways. You could have a family that prioritizes certain safety aspects due to transporting children frequently. Or you could have a consumer who owns a smaller vehicle who doesn’t care much about assisted parking technology but is heavily invested in forward collision warning systems. Consumers drive the market, and in the future, certain features may become standardized based on customer market demands.

Increasing consumer awareness of Advanced Driver Assistance Systems (ADAS) is critical to improving roadway safety. As ADAS features become increasingly commonplace within the fleet of vehicles on the road, it’s important that consumers have an understanding of the systems they’re utilizing and the extent to which they support the driving task. The majority of the systems you see operational today are designed to support the driver rather than replace the driver. Until there are fully automated vehicles on the road, there will always be a role for the driver to monitor the roadway environment and make sure the vehicle is operating consistent with any laws or regulations.

Specific jurisdictions have an important role to play as new vehicle technologies become more widely available. For example, jurisdictions will need to understand the benefits of various safety features to decide how best to integrate ADAS as part of driver training and licensing. An Insurance Institute for Highway Safety (IIHS) survey published in April 2019 compared crash reports and claims for vehicles with and without different ADAS technologies. The results, as you could imagine, were in favor of vehicles with support features. Crash rates dropped for vehicles equipped with each of these features:

While some ADAS features are designed to provide added driver convenience, advanced safety crash avoidance systems can really make a difference. Increasing awareness and adoption of ADAS technology will not only save lives, but help reduce crashes, injuries and related costs for consumers. Automakers have already begun taking the lead on these measures. For example, there was a recent industry-wide commitment to deploy automatic emergency braking systems by 2022. This is a voluntary effort by the industry to increase road safety.

Currently, automakers are using similar safety technologies, but with different nomenclature. There are a number of efforts underway to help band together automakers to provide more standardization, giving consumers and lawmakers alike a better idea of how these ADAS features can support drivers behind the wheel.

Consumers, jurisdictions and auto manufacturers all have a role to play as we move toward more automated vehicles. Understanding the details and benefits of these features is necessary for everyone designing, regulating and driving vehicles in 2019 and into the future.

We’re in a very interesting time. When consumers are looking to purchase a new vehicle, they’d be hard-pressed to find any that do not have some sort of autonomous features, or Advanced Driver Assistance Systems (ADAS). Yet in total, these vehicles are significantly outnumbered on the road. Anti-lock brakes (ABS) may be the most advanced safety feature on the majority of vehicles being used by the general public. It’s only been in the last three to five years that manufacturers have been getting on board with some of these technologies, most notably the addition of backup cameras.

Specifically, these backup cameras taught us safety professionals a great deal. Even using it in my own vehicle, I found myself relying on it too heavily, not incorporating the proper head checks and mirror usage. This is a trend that many examiners have discovered first-hand. We saw drivers focusing too much on these technologies and not incorporating the fundamentals it takes to be a proficient driver without the use of autonomous features. While there most certainly are some “gee-whiz” advancements being implemented today that are game changers, the technology as a whole isn’t at the point where drivers can rely on it 100%. People still have to participate in being active drivers and having good, sound fundamentals.

DMVs and driver examiners have had to adjust their testing regimens in order to accommodate. I sit on the AAMVA Test Maintenance Subcommittee, and part of our job was to not only come up with new ways to administer tests, but also new testing and training materials for examiners. Admittedly, we’re behind the curve on that, but we’re making up ground.

The autonomous vehicle working group with AAMVA has divided these ADAS into two different categories: convenience and safety. We’ve mostly determined that if the feature falls into the safety category, it should be able to be utilized during the exam. However, they must be used in chorus with the basic driving fundamentals I mentioned earlier. We look at it this way: To have a safety feature like a backup camera that shows you directly what’s behind you, and to NOT use it, is counterintuitive to the entire idea of driving safely.

AAMVA members had a lot to say about the 2021 Virtual Annual International Conference!

How are you communicating with your community and customers in this extraordinary time?