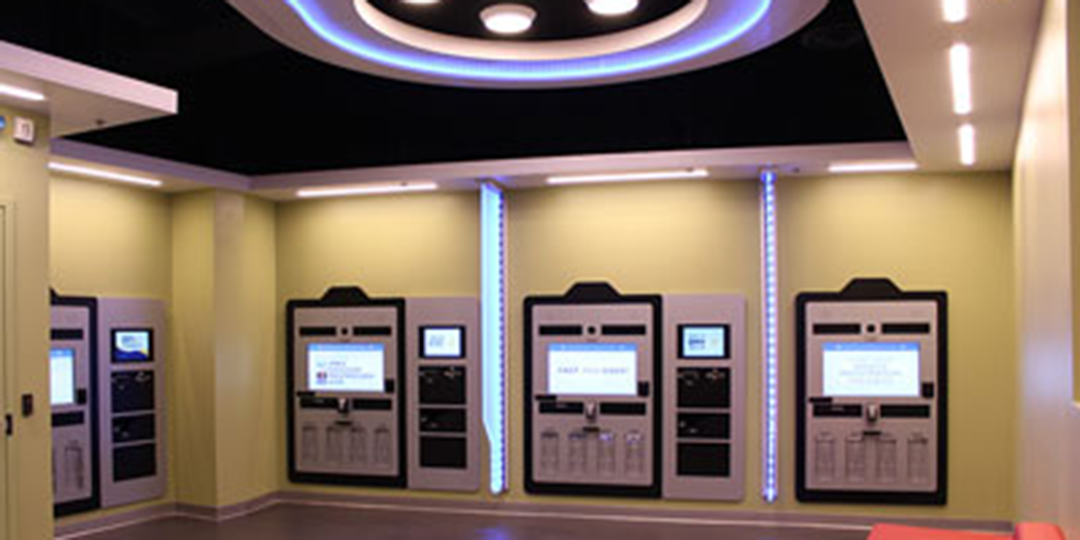 
In late 2016 and early 2017, the Indiana Bureau of Motor Vehicles (BMV) created a strategic plan for the agency. As a result of this plan, one of its major projects of the last year has been upgrading and expanding its BMV Connect system of self-service kiosks, which can handle several transactions and are located at BMV branches across the state.

To implement this project, the Indiana BMV worked with its vendor, Intellectual Technology, Inc. (ITI), to increase the types of transactions that could be completed at BMV Connect kiosks. They also opened a brand-new, self-service BMV Connect Center located in a storefront next to the Pine Valley BMV branch in Fort Wayne, Indiana. This center allows Indiana drivers to perform transactions 24/7.

“We have a lot of customers who don’t have access to a computer or the internet, and this is an extension of our online services, as well as our branch services,” says Holly Sample, director of Branch Operations at the Indiana BMV, and the lead of the task force that handled these BMV upgrades. In addition to offering transactions BMV customers can do online, these kiosks also offer transactions that can only be done at the BMV, such as paying reinstatement fees or printing a driving record.

A New Kind of Office

This is at least partly due to the good experiences customers have when they first try the kiosk. According to Drew Nicholson, chief operating officer at Intellectual Technology, Inc., 70 percent of people who use a kiosk for a transaction will use it the next time they return. While the most common transaction is a registration renewal, the kiosks are also able to do more complex transactions.

While there are 24-hour kiosks at other branches, there are a few things that make the BMV Connect Center different. Not only does it have four kiosks, but those kiosks are also inside a separate office.

And the comparison to grocery stores is an apt one: The eventual goal for the BMV Connect Center project is to create similar offices in even more accessible areas, such as in grocery stores.

To achieve this goal, the BMV and its vendor, ITI, have been building on their relationship that dates back to 1996, when Indiana was among the first adopters of self-service kiosk technology.

“Over the years we’ve had a very close relationship,” says Drew Nicholson, chief operating officer of ITI. “Indiana is a very forward-thinking state, and customer service is everything to them. We share that retail mindset—without good customer service, you don’t eat.”

Lacy explains that they see Nicholson and his team as a true partner that they can bounce ideas off of and create innovative solutions with.

“We have quarterly meetings where we talk about existing business, what’s next and where we can find efficiencies,” says Lacy. “That’s how the collaborative approach of working with Drew and his team has continued. The BMV Connect Center is just the latest example.”