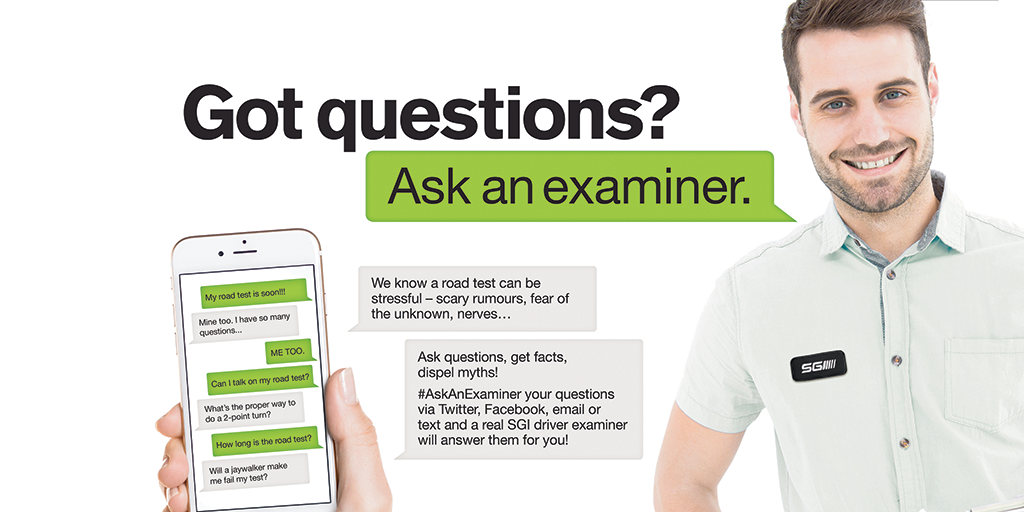 
For new drivers being examined for licensing by Saskatchewan Government Insurance (SGI), the road test can be intimidating. Although their pass rate of about 51 percent is average for Canadian road tests, it causes many drivers to come in to the test nervous that they only have a “50/50” chance of passing.

“A majority of people pass on their second attempt,” says Shay Shpak, director of Driver Development and Safety Services at SGI. “We have a two-week learning period between road tests, so we had to ask ourselves: What learning occurred between the first and second road test that didn’t happen in the first mandatory nine months of driving as a learner? We hypothesized that nerves and fear of the unknown play a role in not succeeding the first time, and that started us on our journey to determine how we can better prepare drivers.”

One of SGI’s most successful efforts to better prepare drivers and reduce their nerves before the driver’s test is an initiative that directly connects drivers with examiners. Called “Ask an Examiner,” this multi-channel engagement program allows drivers to have one-on-one conversations with examiners through their medium of choice, whether that is texting, email or social media channels such as Facebook or Twitter.

“People hear myths and urban legends about the road test, and we want to dispel those,” says Shpak. “This is an informal and inviting atmosphere for customers to connect with us when, where and how they like, using social media. We want to demystify the whole process, and it’s also a fun and friendly way of repackaging test preparation information.”

While most of the questions Saskatchewan Government Insurance’s (SGI’s) “Ask an Examiner” program receives are standard questions about the driver exam and how it works, occasionally there are some questions that are a little odd. Here are a few of the more questionable questions SGI examiners have received:

Answers to these questions and more, including video responses to some of the more common—and sillier—questions, are available at sgi.sk.ca/askanexaminer.

Shpak estimates that about 10–15 questions come in per day from drivers, and while that may not sound like a lot, often each question involves multiple messages back and forth between the driver and the examiner who answers the question. Some drivers will even include photos of streets or intersections from an online mapping application like Google Maps, asking about a specific situation.

“Commonly people will send in a picture of their vehicle, wondering if its condition is acceptable for a road test. It may have a windshield crack or loose bumper, or something like that,” says Shpak. “That’s helpful for both the customer who is better prepared for the test and the office that runs more efficiently with less downtime due to road test refusals.”

So how does SGI handle the influx of questions each day? Among the agency’s 60 examiners, roughly 10 have volunteered to be part of the program, and they take turns answering questions in shifts so at least one examiner is available to answer questions at any given time. And anecdotally, making examiners available in this way has helped many drivers get over their exam nerves.

“The feedback we get is incredibly positive,” says Shpak. “After a recent question-and-answer session, the customer told the examiner at the end: ‘I hope I get someone like you for my road test.’ Imagine that, someone looking forward to a road test! Applicants are interacting with an examiner one-on-one before their appointment, their questions are being answered and their fears conquered. The aim is to invite customers to view driver examiners as allies who want them to succeed, rather than authority figures or adversaries to be feared.”