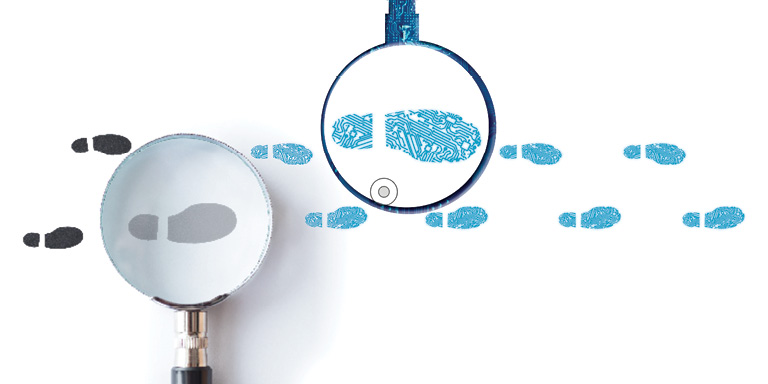 
Since the first state joined the State-to-State (S2S) Verification Service in August 2015, almost two-thirds of states in the U.S. have implemented the system and taken advantage of its benefits.

“It’s a robust system that not only allows us to fulfill our federal responsibilities with REAL ID and commercial driver’s licenses, but also some of our shared responsibilities, such as the general integrity of our products, reducing fraud and allowing for real-time notifications,” says Kristina Boardman, administrator at the Wisconsin Division of Motor Vehicles, which was the first state to join S2S.

Similar to the Commercial Driver’s License Information System (CDLIS), S2S is a system that allows jurisdictions to check if a driver’s license applicant already holds a driver’s license or ID in another state. Recently, the S2S Service has been enhanced by updating it to include driver history records (DHR).

“Frankly, this update is something that has been in the works for many years. We were involved in the development of S2S, and we had a conversation about [DHR functionality] when we made the decision to get S2S off the ground,” says Chrissy Nizer, administrator at the Maryland Department of Transportation Motor Vehicle Administration and incoming AAMVA Board Chair. “It’s something states have wanted for years.”

Nizer explains that before the DHR update to S2S, the process for sharing driver history records was (and still is) often slow and tedious. “We know manual exchange of records is not as efficient or effective—there are delays in processing time, loss of paperwork, and, unfortunately, all of those things have very serious consequences in our world because they are directly related to highway safety,” Nizer says.

A high-profile crash in New Hampshire in June 2019 that killed seven people brought the highway safety impact of this function to light when one of the key safety issues identified by a National Transportation Safety Board investigation of the crash was “deficiencies in out-of-state driver’s license notification processing.” This crash highlighted the importance of a more efficient and robust driver history sharing system.

“The biggest single benefit of the DHR update is better road safety,” says Loffie Jordaan, business solutions architect at AAMVA. “The main reason is because your driver record will follow you. It’s much more difficult when you have a driver record in each state because we know some people have a bad record in one state and then go to a new state and start fresh. This system is going to prevent that.”

“It is the same concept that we have for commercial drivers [through CDLIS] applied to noncommercial drivers,” Jordaan says. “The previous S2S system did not allow for the electronic exchange of convictions and withdrawals, so that was added with this update. Additionally, the system previously didn’t raise a flag and require a resolution when the system thought one person had two driver records. That’s built into CDLIS but wasn’t in S2S. We also added that as part of DHR.”

Bringing the CDLIS-style system of electronic notification to S2S will make it easier for jurisdictions to send convictions and withdrawals to one another, and, more importantly, it will decrease the time necessary to process those convictions. In this aspect of the system, Jordaan echoes Nizer’s comments, explaining that the DHR update is a far superior way to administer convictions compared to the previous system. “We know the manual processing behind paper convictions can be slow, and sometimes they don’t reach the intended recipient state,” Jordaan says. “So besides being cumbersome, they are also unreliable. The DHR update addresses that and will make it much easier to get convictions onto a driver record quicker, which, in the end, leads to better road safety.”

Currently, two states are in the process of implementing the DHR update to S2S, and a third is planning to begin the process later this year. Since DHR is an update rather than a separate system, every state on S2S will eventually have the functionality, allowing all states to eventually come onto the service.

With the DHR update now live, for states that aren’t currently on S2S, there has never been a better time to join the system. “For anyone looking to come on, I would recommend doing your original programming and the DHR update at the same time,” says Melissa Lechner, director of driver compliance at the Indiana Bureau of Motor Vehicles. “Then, you don’t have to go back and do the update later. Just as we see benefits every time a new state joins S2S, I think we’ll continue to see those added benefits as states make the DHR update.”

Lechner points to data analysis as one of the added benefits of S2S that they didn’t expect when first joining the system in 2016. “Initially, we considered the fact that we would be able to clean up old files and identify fraud,” Lechner says, “but we also found we were able to identify statistics we have never seen before—such as how often someone is switching states or moving and coming back—and we didn’t realize S2S would have those added benefits [when we joined].”

S2S is a system that works best with full participation: “Fraudsters look for the weakest link,” Nizer says. “So the more we can do to ensure we are issuing licenses with the highest level of integrity, the better position we are all in. I would encourage all jurisdictions to implement S2S not just for the clear benefit they will see internally, but also the global benefit it has for fraud protection.”

The importance of the driver history records (DHR) update to the State-to-State (S2S) Verification Service was highlighted in New Hampshire in June 2019, when a pickup truck towing a trailer collided with a group of motorcyclists, resulting in seven fatalities. After an investigation by the National Transportation Safety Board (NTSB), it was determined that the driver should not have received a license because the driver’s previous license was suspended in May 2019. Because the pickup was a commercial vehicle, the electronic notification of this suspension was sent through CDLIS from Connecticut, where the driver’s license was suspended, to Massachusetts, where the driver currently held a commercial driver’s license. However, the conviction was not processed fast enough, allowing the driver to continue to be on the road and ultimately cause this crash.

As a result of the investigation, the NTSB made a recommendation for states to “[d]irect your state licensing agencies to review existing procedures or develop new ones to accurately and expeditiously (1) process notifications received from other states about infractions and suspensions committed by the home state’s drivers in those jurisdictions, and (2) notify other jurisdictions of infractions and suspensions committed in the home state by drivers licensed in those jurisdictions.” The DHR update to S2S allows for this functionality and as states begin to come on board, it will improve highway safety by reducing the number of drivers on the road who shouldn’t be behind the wheel.

CDL Testing Gets a Refresh