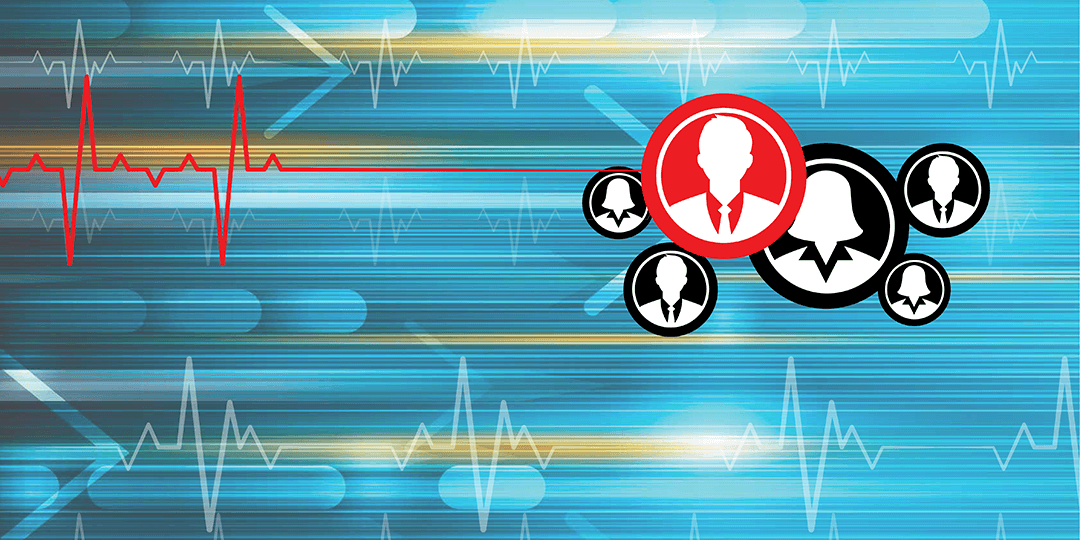 
In most cases, when residents need personal identification credentials, whether that means a driver’s license or other official state ID, the motor vehicle administration (MVA) is the go-to source for what they need. As concerns about falsifying documentation that certifies a person’s identity have arisen in recent years, some MVAs have taken steps to ensure they can recognize and rely on the documents handed to them by customers. Among the most used documents is an individual’s birth certificate.

Motor vehicle administrators have an ally in verifying birth certificates and other vital life records. The National Association for Public Health Statistics and Information Systems (NAPHSIS) is a national nonprofit that represents state vital records and public health statistics professionals in the U.S. and its territories. In the wake of the Sept. 11, 2001, attacks, NAPHSIS launched a program to allow seamless, instant access to vital records data—specifically, birth and death records. The Electronic Verification of Vital Events (EVVE) system can quickly access vital records databases to confirm—or flag—a record presented as part of an identification request.

According to Anthony Stout, manager of EVVE products and services for NAPHSIS, EVVE is a pathway that allows customers to send queries about birth and death records. Participation in EVVE is voluntary by vital records agencies; currently it connects to all U.S. jurisdictions with the exception of New York State (although New York City is linked).

“When an applicant comes to a DMV and presents an out-of-state birth certificate, in some instances, the staffer can’t tell if it’s valid or not; there are 11,000 different kinds of birth certificates,” Stout says. At DMVs where the system is in place, the service representative can use a secure EVVE interface to contact the jurisdiction where the certificate was generated and get a response within two to three seconds: yes, it’s valid; no, it isn’t; or there is a missing field that requires further verification.

“They are saving customers so much time,” Stout says, “improving efficiency and customer service.”

Another key vital record available through EVVE is Fact of Death (FOD) information, which is useful to DMVs for a variety of purposes, including identity theft and fraud deterrence. This is especially helpful since the Social Security Administration can no longer include state protected death records in the public Death Master File.“EVVE FOD is invaluable for purging the rolls of deceased drivers,” says Anthony Stout of NAPHSIS. DMVs can send one record or millions to be checked against the states’ most up-to-date records. Forty-two states and jurisdictions are currently participating.

Variations on a Theme

Rules surrounding how EVVE can be used and for which purposes vary according to state policies or statutes.

Virginia was the first jurisdiction to use EVVE for record certification. Linda Ford, assistant commissioner for Governmental Affairs at the Virginia DMV says her jurisdiction implemented EVVE in April 2013 as part of its legal presence requirement. “We used this as a way to serve customers who didn’t have their birth certificate with them, without having to turn them away only to have them come back another day,” Ford says. “We coordinated with NAPHSIS and the Virginia Department of Health to implement EVVE at the DMV.”

Through EVVE, NAPHSIS also helped Virginia connect with other vital record agencies in other jurisdictions to allow Virginia DMV to certify records. It’s important to note that certification differs from verification. With appropriate identification documents and a customer application, a birth event can be certified by a state when no birth certificate is presented. During a verification, a physical birth certificate can have its authenticity verified. Because each jurisdiction’s laws vary and Virginia DMV was establishing the customer’s primary identity with the return of additional information, Virginia, working through NAPHSIS, requested confirmation from each state vital records agency to determine if they would be willing to exchange information through EVVE, and what the fee structure would be. As it stands, 45 jurisdictions are participating with Virginia DMV. Jurisdiction fees are passed on to the customer.

All in all, Ford reports that EVVE is a very useful tool. “It’s about customer convenience, which cuts down on processing time. Any time we don’t have to turn a customer away, that makes for a happy customer, and ultimately less processing time.” 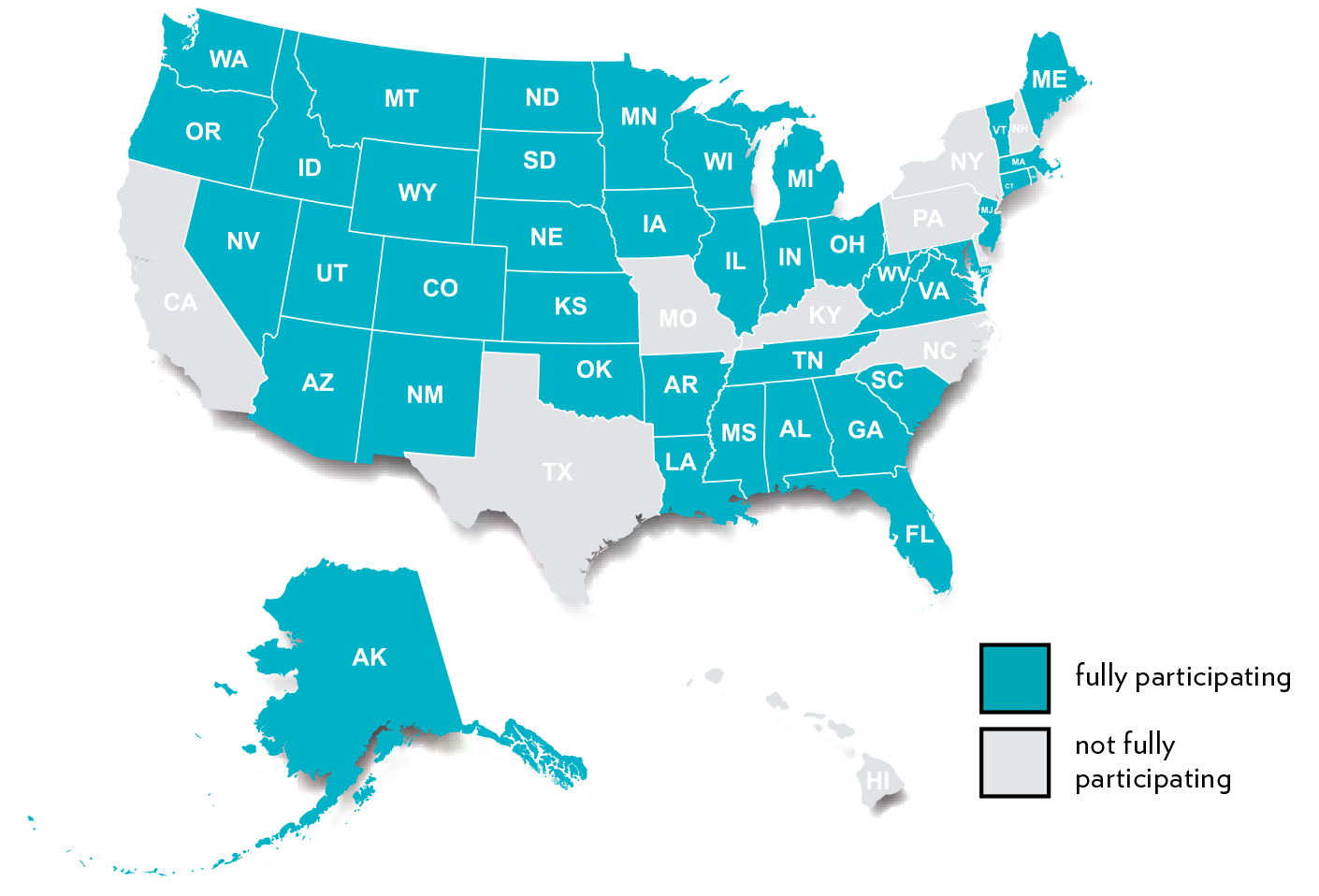 EVVE Fact of Death (FOD) is useful to DMVs for a variety of purposes, including identity theft and fraud deterrence. Currently, 42 jurisdictions are fully participating in the EVVE FOD system.

Another type of ID

The Wisconsin DMV is also using the EVVE system, but mainly for issuing free voter ID cards. The DMV has partnered with the Wisconsin Department of Health Services Vital Records office since 2014 to verify birth data for customers who don’t have a certified copy of their birth record.

“Verifications are only seen by a small team of processors at our central office,” reports Katherine Bartelt, DMV supervisor, Driver Eligibility Unit, describing the staff that works on the ID Petition Process, or IDPP. Those staffers submit the customer’s application to DHS where the information is entered into EVVE. “We only see a typed message from DHS, nothing directly from EVVE,” Bartelt says.

And, like the Virginia DMV, Wisconsin can only get data from selected jurisdictions. “We find difficulties with jurisdictions whose records aren’t available in EVVE. Some states require a signed application or aren’t able to release information to us—only to the customer,” explains Bartelt.

An outside observer might think that having electronic records verification would be of use for getting a REAL ID. While EVVE can be used to verify the authenticity of a birth certificate for REAL ID purposes, a federal rule prevents EVVE from being used when no birth certificate is present. “We’ve talked with Department of Homeland Security about getting the regulations changed,” Ford says. The obstacle “is probably an issue of timing, in that EVVE was not in place when the 2005 REAL ID legislation was passed.”

Ford asserts that there was a substantial amount of prescriptive detail in the act in how they may receive and verify documents for REAL ID; electronic certification of birth records to prove identity and legal presence is not currently allowed.

The current proscription of EVVE is especially confounding because the system can be used for a Transportation Worker’s Identification Card (TWIC), which is REAL ID compliant.

“This is the gold standard for vital records data,” Stout asserts. “The EVVE system software is well established and doesn’t require upkeep. We adhere to major security tenets, such as SOC1, SOC2 and PCI rules. The system is extremely secure because there isn’t a major amount of data—usually just a ‘yes-no’ going back. It does a simple job and nothing more.”

Jurisdictions that want to modernize might have to increase their lobbying efforts on various lawmakers to enable DMVs to use EVVE and other electronic databases. Ultimately, it’s a matter of accuracy and reliability. Stout says that one state that has been using EVVE for years gets about 90% positive responses on its queries. “You don’t actually want a 100% match, because [that 10% error rate means] the system is catching typos, incorrect names or fraud when the response comes back, ‘we almost have a match, but the last name is incorrect.’”

The DMV customer service representative then has a greater degree of certainty about how the customer should proceed to clear up the problem or, if that customer is trying to commit fraud, stop him or her in their tracks.

And that serves a bedrock part of the DMV mission.

Visit NAPHSIS.org/evve to learn more about the Electronic Verification of Vital Events System.