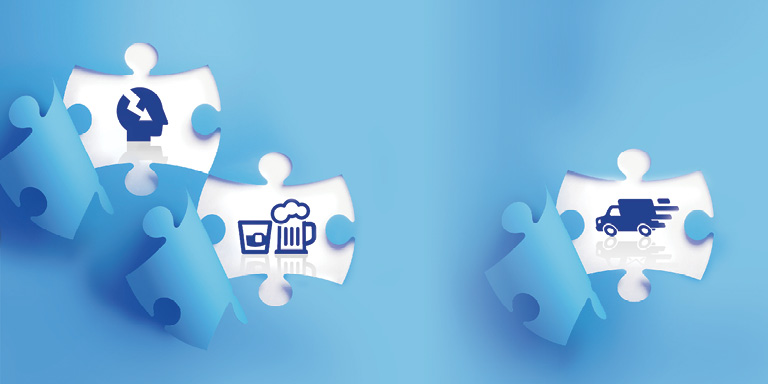 Despite people traveling less, traffic incidents and fatalities increased in 2020. Experts attempt to understand and cope with this surprising and dangerous trend

The pandemic caused automobile travel to come to a screeching halt last year. We saw vehicle miles traveled (VMT)—at least in the first nine months of 2020—drop significantly. At the same time, there was an increase not only in the raw number of people killed in traffic crashes compared to 2019, but the motor vehicle fatality rate per VMT increased, as well.

While nobody can confirm the real reason why this occurred, there are a variety of hypotheses about what those contributing factors might be, such as speed. However, we aren’t sure why people are going faster. It’s possible the COVID-19 lockdown periods caused stress not only about public health, but economic stress as well. Self-reported usage rates of alcohol and other substances increased in the same period.

At AAA, we’ve looked at this issue more holistically. For us as an organization, we are not thinking of it as traffic safety during COVID-19 so much as how we can do better generally.

As an example, safety belt usage rates in the country hover around 90%. This is good, but that last 10% who aren’t belted are a persistent bunch. While the “Click It or Ticket” campaign has been a success, the message hasn’t changed in many years, and we can’t expect that it will suddenly compel that last 10% to buckle up. I think there could be more of an intentional investment in understanding who makes up that last unbuckled 10% of people. What are their demographics? What are their reasons for not wearing safety belts? We can use that information to develop campaigns that resonate better with this group of people. This line of thinking can be applied to solve for speeding and distracted driving as well.

Infrastructure countermeasures represent another area we can prioritize to prevent injury and save lives. AAA recommends that when upgrading a road or intersection, jurisdictions think about using that opportunity to include other roadway countermeasures designed to prevent crashes or reduce the severity of those that do occur. We have to be creative and smart about how we use the limited resources we have in highway safety to make the greatest impact on safety and mobility.

Speed Has a Compounding Effect

Matt Langer, Colonel of the Minnesota State Patrol and General Chair of the State and Provincial Division of the IACP

When the pandemic first started last year and stay-at-home orders were issued, we saw a dramatic reduction in vehicle miles traveled (VMT), which brought about a dramatic reduction in congestion. We hoped the traffic safety impact would be positive, but we’ve discovered it’s been negative. Traffic fatalities have increased. Reduced congestion and vehicle miles traveled have opened opportunities for some risk-taking behaviors.

Why this is happening is difficult to say, but some theories are you just have more opportunity to speed and a misperception that there is a reduction in law enforcement out there to stop you if you are speeding. I think another component to explore is that individuals that heed public health advice and stay home to avoid getting sick are probably safe drivers, and perhaps the risk-taking population, historically younger males, did not change their behaviors and were out just as much as they were before COVID-19.

In January, we launched a speed campaign in Minnesota to try to make a difference. It’s been the No. 1 thing that citizens are bringing to our attention. They are fed up with the unnecessary and ridiculous speeds. We’ve encountered twice the number of people speeding in excess of 100 mph, so we are doing everything we can to focus on speed enforcement and try to get that back under control.

Everyone is at risk with speeding motorists—walkers, bikers, drivers. Of all the things that kill people behind the wheel—not wearing a seat belt, distractions, impaired driving—speed is the one thing that makes everything else worse. It increases the magnitude and the likelihood of injury, so there is an exponential effect to what happens when drivers are speeding.

Hopefully, as we move into the summer months, those fatal crash rates go back to pre-pandemic levels or lower, but summer tends to be the most dangerous time on the road for those of us that live in states like Illinois and Minnesota. So, it will be interesting to see what happens once those VMT rates go back up to what they used to be.

At the beginning of the pandemic as roads cleared, drivers took this as permission to drive dangerously without any consequences. Busy interstates and corridors all of a sudden weren’t so busy. Before, drivers couldn’t go much past 50 or 60 mph because of traffic volume. Suddenly, they could go 80 mph, and they did.

As a national organization, we are doing a couple of different things to address speeding. We are partnering with two other organizations, the Insurance Institute for Highway Safety and the National Road Safety Foundation, to fund two speed management pilots in Virginia and Maryland. These address speeding broadly not only with enforcement, but also with engineering and emergency management systems. We think they may become a model for other communities.

This is a national problem. We are seeing significant fatalities particularly for pedestrians. We reported in May that the pedestrian death rate per mile rose 21% from 2019 to 2020.

If we can get a handle on speeding nationally, that’s the single most effective thing we can do to turn this trend around.

We are not going to build or enforce our way out of the problem. We have to do a variety of different things. Our infrastructure isn’t set up to accommodate bicyclists and pedestrians in many cases; as a result, we’ve seen spikes in pedestrian deaths. There is also a lot that can be done with infrastructure and road design in urban areas to reduce speeding, such as roundabouts. We are excited about the focus on infrastructure, but it’s not the only piece of the safety equation, and it’s going to take a long time. So, we can’t stop enforcing traffic safety laws with traditional law enforcement.

We do have an issue with enforcement. It’s more difficult now for traffic enforcement to pull people over because of concerns about officer safety and legitimate concerns about equity. We are having a national conversation about policing, and that’s a really good conversation to have. Numerous improvements need to be made, but it may have a bit of a chilling effect, at least in the short term, on the number of stops that are made.

We didn’t get into this situation overnight, and we’re not going to get out of it overnight. Traffic deaths have been steady for the last decade or so. There has been a spike during COVID, which highlighted the issues and made it much worse for pedestrians. But even before COVID, we were still seeing close to 40,000 people dying every year in traffic crashes, so this has been a long time coming.