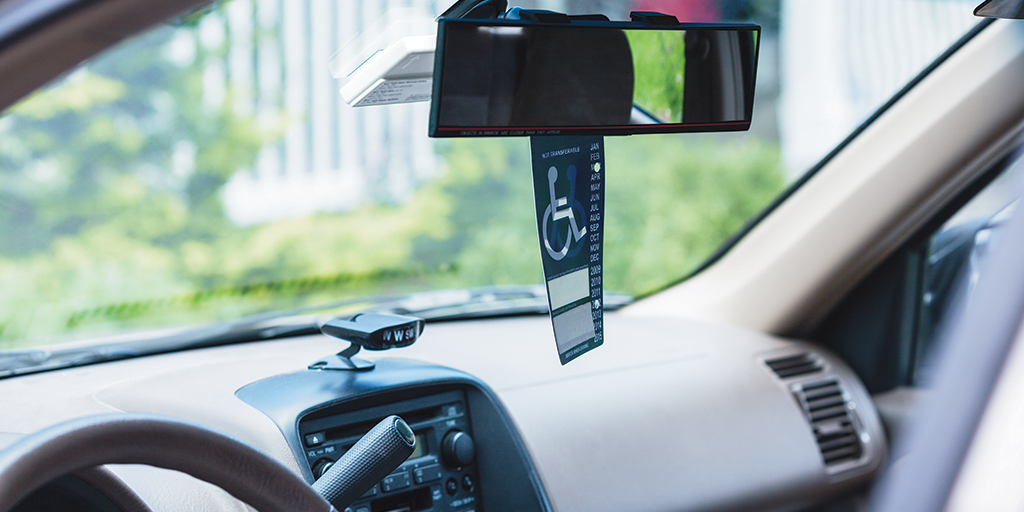 
In March 2017, the California DMV (CA DMV) Office of Public Affairs launched a campaign titled “Save the Space” to address the widespread misuse of disability placards by able-bodied citizens. But raising awareness and educating the public is only one part of the EWE strategy—educate, warn, enforce. In collaboration with local officials, CA DMV investigators lead plainclothes operations at high-incident locations to issue warnings and enforce the law.

From those enforcement operations, Tom Wilson, CA DMV Chief of Investigations, says, “We’ve had some great numbers, but each time we go out, we’re finding a whole new set of violators who either didn’t get the message or chose not to heed it anyway.”

Through its outreach efforts, the office of public affairs contacts local television, radio and newspaper reporters in advance of an enforcement operation to shadow investigators. The topic is also discussed on live TV and radio programs. News releases are sent out each month with the citation numbers. And a robust social media program includes YouTube testimonial videos to drive home the message. “If you want enforcement to be successful, people need to talk about the issues so they are aware,” says Garza.

The CA DMV also created an email address specifically for reporting suspected fraud. Engaging the public and providing a mechanism for reporting issues gives the investigation teams new leads to pursue. In conjunction with the “Save the Space” campaign, which includes the email address in its messaging, local police, business owners and concerned citizens have contacted CA DMV for assistance.

To further its public outreach efforts, there is a media section on dmv.ca.gov that has downloadable brochures, posters and videos in both English and Spanish. “We wanted to make sure everything was accessible to the public so that business owners could print out their own posters and hang them in their windows,” Garza says. “And a television station in each major market throughout California has agreed to run our PSAs. We have partners in the media who also believe this is an important issue.”

“We also reached out to the universities,” Wilson says. “There’s a huge issue there because in California, students don’t have to pay for a [parking] permit if they have a disability placard.” The CA DMV also contacted parking enforcement authorities across the state. Disability placard misuse was identified to be a problem everywhere, but local authorities aren’t able to do as much about the problem as they would like because of a lack of resources, Wilson explains. “We are able to supplement their efforts and bring in a team to assist those three or four local authorities for an operation.”

California has over 240 DMV investigators. Depending on the location of an operation, traffic enforcement officers and bicycle patrol officers are enlisted as well as parking enforcement authorities. “Each one of our staff members is trained to understand the process, the laws and how to determine if the placard matches the person in possession,” Wilson says. “We’re not there to determine what the disability is, or whether the disability meets the criteria; we’re there to determine if the process was followed and if the person to whom the disability placard was issued is somewhere nearby.”

“My dry cleaner put up one of our posters in her store window,” Garza says. “After doing so, she noticed people routinely pull into the disabled parking spot, look up at the poster, and then immediately pull out of the spot.” At the end of the day, human resources are always limited. But through strategic coordination across multiple media channels and by empowering the public to help tackle the issue, the CA DMV is making strides to stem the tide of disability placard misuse.