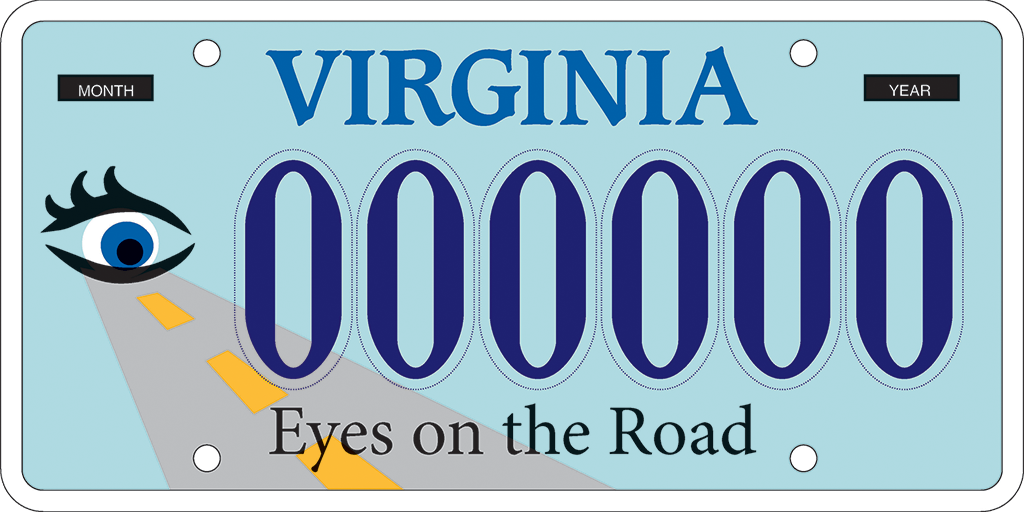 Virginia has participated in every single official meeting of the Road to Zero Coalition since its inception and supports it wholeheartedly. Among Virginia’s many RTZ initiatives, there are a few that are noteworthy for their efficacy and creativity.

Getting drunk drivers off the road is a top priority. A regional DUI task force in Roanoke consisting of four jurisdictional law enforcement agencies created a stand-alone unit specifically dedicated to DUI enforcement, 24/7. Since the program began in 2017, the Roanoke Regional Task Force has issued nearly 450 DUI citations, 120 DUID citations, and performed almost 1,000 Standardized Field Sobriety Tests, a significant increase over the previous year. Virginia has created three additional task forces in other areas of the commonwealth as well.

Raising public awareness is another important component of Virginia’s RTZ efforts. Though the DMV cannot advocate for legislation, it can educate legislators and has come up with an inventive way to do so. In collaboration with the Virginia Tech Transportation Institute, the Virginia DMV uses data from its Traffic Records Electronic Data System (TREDS) to generate geo-targeted heat maps of vehicular fatalities for each legislative district. These heat maps include full data sets for all crashes, fatalities and serious injuries broken down by alcohol-related, unbelted, distracted driving, speeding and pedestrian/bicycle.

After receiving enormous positive feedback and inquiries from other state agencies and partners about the traffic incident heat maps, the Virginia DMV began publishing them—all 140—on their website, dmvNOW.com, for anyone to access and download. The real-time, robust data set available through TREDS allows Virginia to be nimble in its allocation of resources, placing them where the data analysis determines there are issues.

Virginia also formed a Highway Safety Working Group to unite the efforts of the DMV, DOT and state police, as well as their respective communications teams. As a result of this collaboration, for the first time ever, the governor of Virginia declared the month of April this year as highway safety month. Every week featured an official event centered around highway safety: work zone safety and vulnerable road users, seatbelts, alcohol and distracted driving.

With distracted driving data showing an alarming upward trajectory, the Virginia DMV came up with a creative awareness campaign in the guise of a high school student design competition. A statewide call for entries was sent out to all the high schools for a new special license plate design to promote awareness about distracted driving.

Across the eight DMV regions of the state, high school students discussed the issue of distracted driving, sketched out artwork and crafted messages for their design submissions. Community members were selected to serve as judges in the competition and one finalist from each region went on to meet with the governor for the announcement of the winner. AAA generously donated award funding of $300 to each of the finalists, and $1,000 to the winner, Kaya Windpainter of Blacksburg High School.

And on the horizon, the Virginia DMV, in close partnership with agencies and partners across the state, is developing a new website focused on highway safety to serve as a central portal with videos and resources available to anyone with the shared mission to develop a culture of safety.

In 2014, Montana launched the Vision Zero initiative: There is no acceptable number of fatalities or injuries on the highway. Adopting the 4E approach (engineering, enforcement, education and emergency medical services), Montana added a fifth “E”—everyone—to drive home and guide their efforts to shift culture toward a safety-first vision.

Because driving is something many people do every day, familiarity breeds complacency. One of the core tenets of Montana’s public outreach messaging is: Driving is a serious business and it’s everyone’s responsibility to take it seriously. Now in their third year of declining motor vehicle fatalities (currently at 20 percent less than this time last year), Montana is bucking the national trend. Their Vision Zero efforts are having an impact.

To support Vision Zero, the Montana Safety Committee brings together members from each department, including planning, engineering and maintenance, because no one has all the resources available to do everything they need to do. Therefore, coordination and collaboration among all stakeholders is imperative.

On the technology side, in 2014 Montana invested in the Safety Information Management System Program (SIMS), a Safety Analyst product from Agile Assets to replace an aging database and computer program. One of the major improvements is the ability to view crashes in GIS Explorer, a mapping tool which locates the crashes spatially. SIMS also has Montana-specific prediction tools to identify locations with a higher potential for crash mitigation.

In the past, problematic intersections were identified and engineering solutions were executed as one-off projects. Now with SIMS, similar locations are identified by the system itself and recommended for the same engineering solutions that proved effective in one location. This ability to proactively mitigate risk before fatalities occur is, according to the state highway patrol, one of the biggest reasons for the decline in motor vehicle fatalities over the corresponding time since the system’s implementation.

The top three causes of fatalities in Montana each year are speeding, roadway departures and lack of seatbelt use. Therefore, if drivers are prevented from departing the roadway or their driving lane with engineering solutions such as rumble strips, lives are saved. Montana has installed thousands of miles of centerline rumble strips with plans to address every problematic location identified. SIMS determined the priority locations for the ongoing project.

In addition to rumble strips, roundabouts have been installed at numerous intersections, including rural locations, to prevent high-speed right-angle collisions. Roundabouts move traffic more efficiently and they are safer than a traffic light.

The youth of today communicate in a different way than the typical middle-aged DMV or DOT staff member. Getting young people to carry the safety-first message and communicate with their peers in their own language and on their preferred digital platforms of engagement is instrumental in reaching that most vulnerable group of the populace.

What customer service challenges has your jurisdiction faced, and how did you successfully address them?