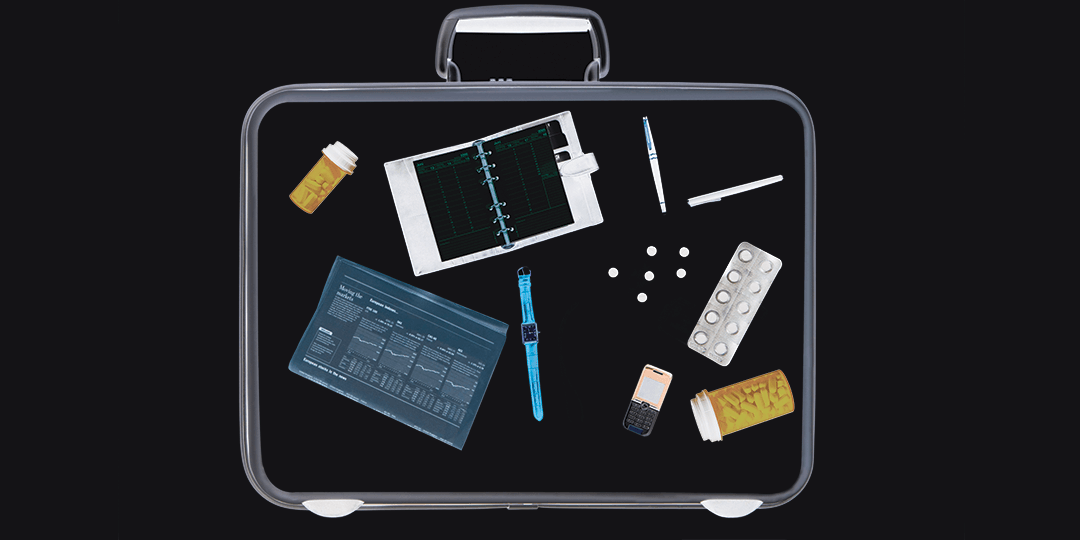 On the Clock Impairment

New training for maintaining a drug- and alcohol-free workplace


With rapidly changing laws around the use of marijuana and its derivatives, a continuing crisis of opioid addiction and the pervasiveness of alcohol consumption, substance misuse is a concern in many workplaces, including motor vehicle administrations.

The International Association of Chiefs of Police (IACP) rolled out a new program this fall to help employers identify workers who might be under the influence. The Employer Drug Identification Training (EDIT) program can help employers, including motor vehicle administrators, identify signs of drug or alcohol use and how to address problems. Designed primarily with the intent of keeping intoxicated employees off the road, the program also teaches supervisors to ascertain whether an employee has a legitimate medical need for a substance that makes them impaired or if the substance was purposefully taken to achieve an altered state.

The EDIT program evolved from decades-old training that was developed for educators to help identify high school students under the influence and distinguish between kids exhibiting unusual but normal adolescent behaviors, like acting out or excessive drowsiness, and those who were high or drunk.

“The intent of the program isn’t to turn the boss into someone who has to call the police,” says Joe Abrusci, the IACP program manager, “unless that is the established procedure. We are looking to give them education and training that will help them deal with their employees in-house.”

Once a supervisor is alerted to a worker using intoxicants on the job, they should use the established employment policies or human resources framework to deal with the employee. Mike Dixon, senior director for the Division of Motor Vehicles, Colorado Department of Revenue, cites the Drug and Alcohol Policy for State Employees: “The State of Colorado is committed to protecting the safety, health and well-being of employees, volunteers, customers and the public. Alcohol and drug use in the workplace pose significant safety and health risks, not only to the employees, but to others as well.”

Drug testing as a condition of employment is not used at the Colorado DMV. “We do background checks for DMV employees,” says Dixon. “Anyone who has access to driving records and driver’s licenses is fingerprinted.” If, however, there is a reasonable suspicion of workplace drug use or alcohol impairment, the employee is sent to a third-party lab for testing. If the employee fails, they face the established disciplinary procedures. “Employees who violate the state policy regarding alcohol and drug use may be subject to personnel action pursuant to the drug and alcohol state personnel board rules and administrator’s procedures, which include corrective or disciplinary action up to and including termination,” Dixon says. 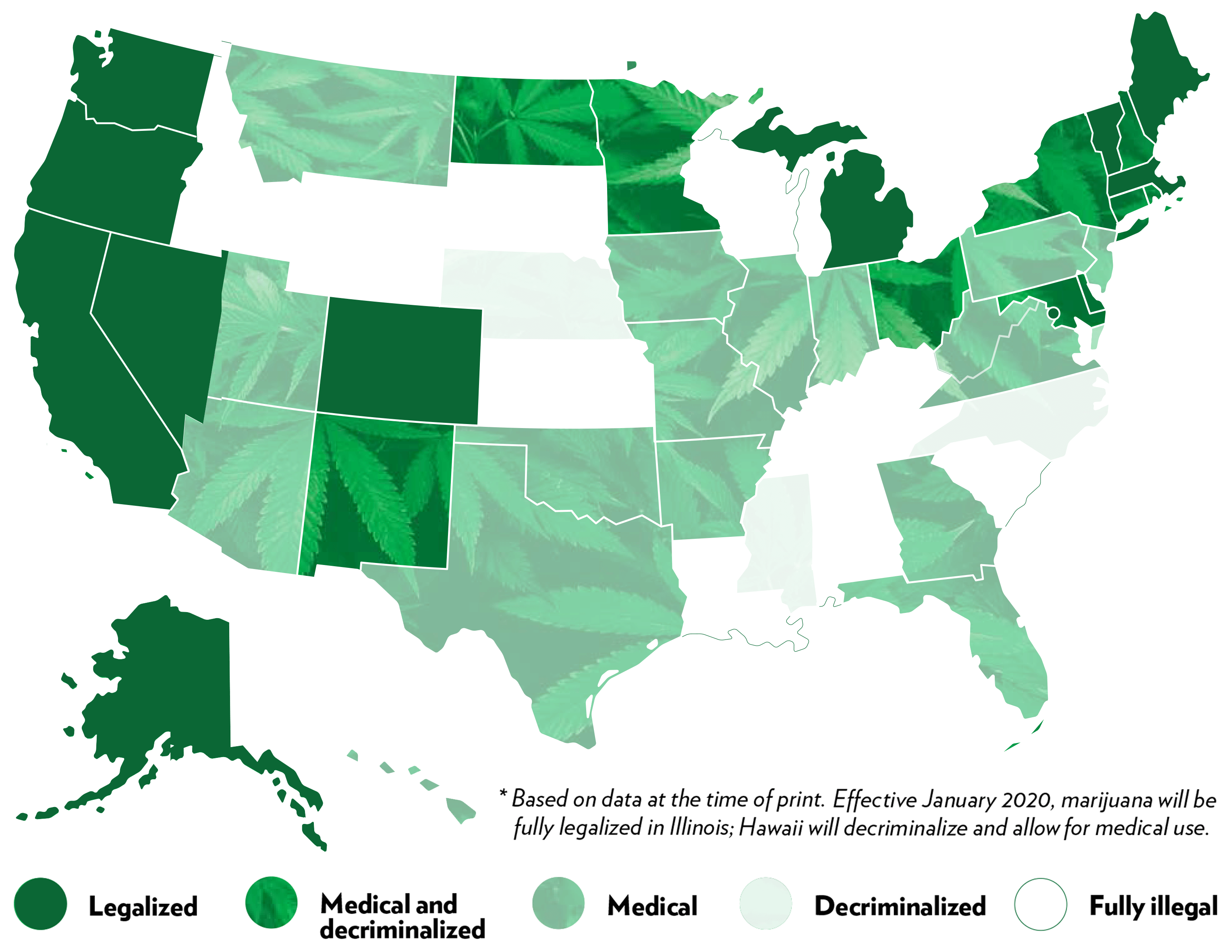 State laws on marijuana vary. As shown on the map above, marijuana use may be legal for medicinal or recreational use, or both. The drug is still classified as a Schedule 1 controlled substance by the federal government.

States also have varying rules regarding the protection of employees who use marijuana during off-duty hours. In cases brought before some state courts, employers have secured the right to fire employees shown to have off-hours use, while rulings in other states have protected employees in cases where there was legal, medical use off-hours. To date, these rulings have been made in cases with private employers, not states as employers.

Maine protects recreational use of marijuana during the employee’s personal time. Patty Morneault, Deputy Secretary of State, Bureau of Motor Vehicles, says, “Sometimes, we feel a little handcuffed because we don’t have the ability to test the employee, and we don’t have any authority over what the employee does on their off hours.” But the bureau stands firm on the state policy that says employees should not report to work under the influence or have possession of any questionable substance on campus.

Fortunately, over the eight years that Dixon has been with the department, there have been very few incidences of employee drug or alcohol use in the workplace. “That’s been very consistent during my whole time here,” he reports. “On the few occasions when there has been a problem, managers have followed the state policy for reasonable suspicion in dealing with an impaired worker.” The process is initiated when an individual witnesses an employee showing signs of intoxication and reports it to a supervisor or the Department of Revenue’s human resources office.

While the state cannot order employees to do so, workers who need help dealing with substance abuse or other issues are encouraged to make use of the Colorado State Employee Assistance Program.

The State of Maine also has an employee assistance program that employees can use for help with substance misuse. Patty Morneault, Maine’s Deputy Secretary of State, Bureau of Motor Vehicles, says that they also have a statewide drug-free workplace policy.

The bureau has had a few instances of alcohol-​impaired employees over the years, she reports, but administrators in her state have to follow strict protocol when challenging an employee. “We are a union shop and we have to follow the rules for notice and disciplinary action,” Morneault says.

The issuance of secure identity and vehicle credentials, and handling of an individual’s personal information could be compromised by employee impairment and put records, IDs or certifications at risk. Abrusci notes: “There is always a potential when someone has leverage over another person. [Misusing drugs] may affect how the worker performs their job and follows through on the required steps. Not doing it properly could lead to mishaps.” And the performance of any worker—including those in law enforcement, medicine or otherwise—could be impacted by illicit drug use on the job, he points out.

Dixon adds: “The stakes are too high. Impaired employees are not compatible with the mission of the DMV. So state policy requires immediate action while respecting individual rights when dealing with those situations.

“We really emphasize the importance of our mission to public safety, which includes protecting the identity and security of all the folks who have driver’s licenses with us, so employees understand. The training we do on an annual basis on the Drivers Privacy Protection Act reinforces that, and we hope that makes it clear why you need to have your full faculties when doing your job.”

What Drug Tests Can—and Can’t—Tell You 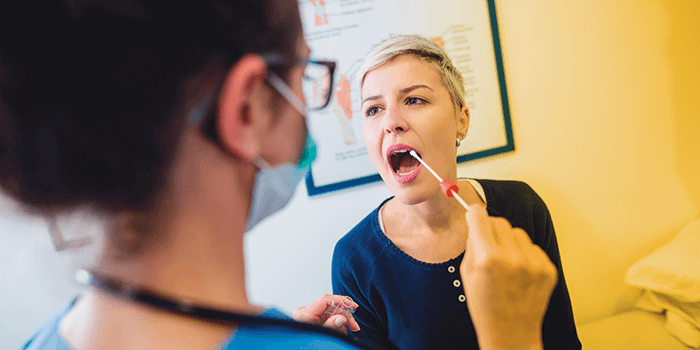 The first thing to understand, he says, is the word “impairment” has a legal definition that pertains only to alcohol. Because impairment is determined by a specified level (0.08%) of alcohol in the blood or breath that all states have adopted. Drug testing, on the other hand, is currently performed by collecting a urine specimen and the drug test results can represent a “snapshot in time” of an excreted parent drug and its metabolites that is post-exposure. The body has already filtered the parent drug/substance; therefore, a urine drug test can only demonstrate exposure, but not impairment, at the time the test is given.
Drug tests that use an oral fluid specimen are gaining ground since their development starting in 1997, and have been widely used in the private sector. Oral fluid specimen drug tests use newer analytical instruments that are sensitive enough to detect drugs at low concentration levels. Plus, they have the advantage of being more difficult to suborn, since the collection is done with the subject under the direct observation of the collector.

“Certain companies were openly advertising synthetic marijuana to the military, law enforcement, medical personnel and others,” says Joe Abrusci, program manager for the International Association of Chiefs of Police, “[because individuals could use the product] without worrying that trace chemicals would come back on a drug test, because they can’t screen for it.” As toxicology advances and tests are developed for the synthetic cannabinoids, backstreet chemists tweak their formulas, “staying one step ahead of us,” Abrusci adds.

Enforcing a policy that prohibits impairment due to using drugs at the workplace or that seeks to establish impairment levels during work hours could be challenging. Marijuana and its metabolite, for example, can be in a person’s biological system (urine and/or oral fluid depending on the specimen collected) for several days up to a week after exposure, whether the person is a chronic user or not, says LoDico. Even with a positive drug test, the employee might be able to bring a wrongful termination suit because of the employer’s use of the phrase “impairment” in their workplace policy when using a specimen (urine) that lacks the ability to demonstrate that condition during the time in question. Companies or motor vehicle administrations that want to establish a zero-tolerance policy should do so in terms of exposure to illicit substance, not impairment, LoDico advises.

The best thing to do, says LoDico, is to constantly reinforce a workplace policy to deter drug use during work hours, making clear the reasons why the DMV needs to be drug-free and stressing education, not punishment.