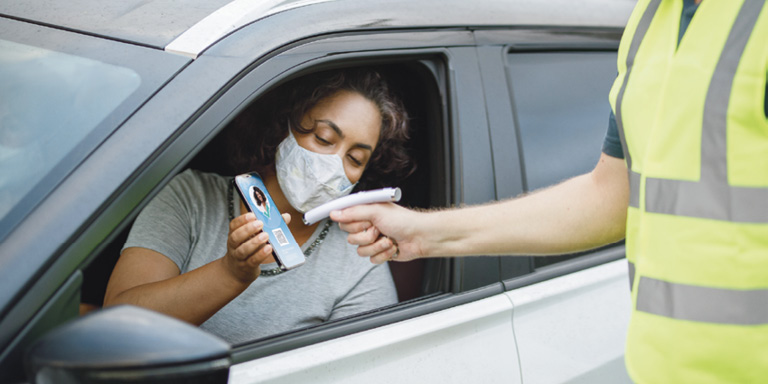 How Utah worked to develop an mDL verification system


Jurisdictions around North America are experimenting with mobile driver’s licenses (mDL), examining how they might best be designed and deployed to emphasize both utility and security. Most of the jurisdictions that already have deployed mDL pilots have begun with limited use cases, such as in Arizona and Maryland, where people can use mDLs to verify their identities during screening at about a dozen airports, including Phoenix Sky Harbor International Airport and Baltimore/Washington International in Maryland.

“We had this mindset of, ‘OK, if we’re going to do this, we want it to work everywhere,’” says Ryan Williams, quality assurance manager at the Utah Department of Public Safety’s Driver License Division. “We felt that one of the keys [to success] is that you’ve got to have a place to use it. We could put the coolest technology out there, but if you can’t use it, it becomes a novelty on your phone, and something people are going to tire of quickly.”

So when Utah’s pilot project launched in June 2021, the state partnered with Waltham, Massachusetts-based GET Group NA to implement a technology solution that accommodated a broad range of verifying parties that participated in the pilot, including banks, grocery stores and highway patrol officers. GET Group and its technology partner, Swedish developer Scytáles, developed an app for iOS and Android systems that could facilitate mDL verification over point-of-sale systems as well as mobile devices, meaning the verifiers didn’t need new hardware in order to accept mDLs. GET Group also built the mDLs themselves, accommodating Utah’s requirement that the mDLs comply with the ISO mDL standard that was finalized in October.

Williams and his team worked with different prospective verifiers to see how the app-based system could integrate with their workflows. Some highway patrol officers, for example, were skeptical about using a mobile device while interacting with drivers they had pulled over. The pandemic provided a blueprint for a solution to those objections, because many officers turned to touchless interactions over the last couple of years, taking pictures of driver’s licenses rather than carrying the physical copies back to their own vehicles.

As the pilot project produced data points from ground-level interactions, it also provided Utah with insights it used to change the mDL itself. Initially, for example, mDLs contained State of Utah branding, and officials realized that some verifiers were just glancing at citizens’ phones for verification, rather than scanning the associated QR code—the essential step that provides true identity verification. Williams asked GET Group for a change: “Make it look like an app, not a driver’s license.”

Now Utah is preparing to move from its pilot project, which included more than 3,500 participants using mDLs, to full production. Final touches include the addition of support for Windows-based point-of-sale devices, as well as bringing new relying parties into the state’s mDL ecosystem.

“Every [relying party] has different needs, and a different idea of how they want [mDLs] to be integrated or implemented,” says Aristotelis Mpougas, director of sales and marketing at GET Group NA. Mpougas says the Utah project, with its many stakeholders, has served to “force the issue” of developing an end-to-end mDL ecosystem.

That process involves plenty of effort and refinement, but the result is worthwhile: a more mature mDL ecosystem. That ecosystem has more Utahns interested in using an mDL, as well as more relying parties interested in signing on. Williams says of on-the-fence relying parties, “The interest is definitely there…it’s going to take more places to come on board in order for this to really hit the success rate.”