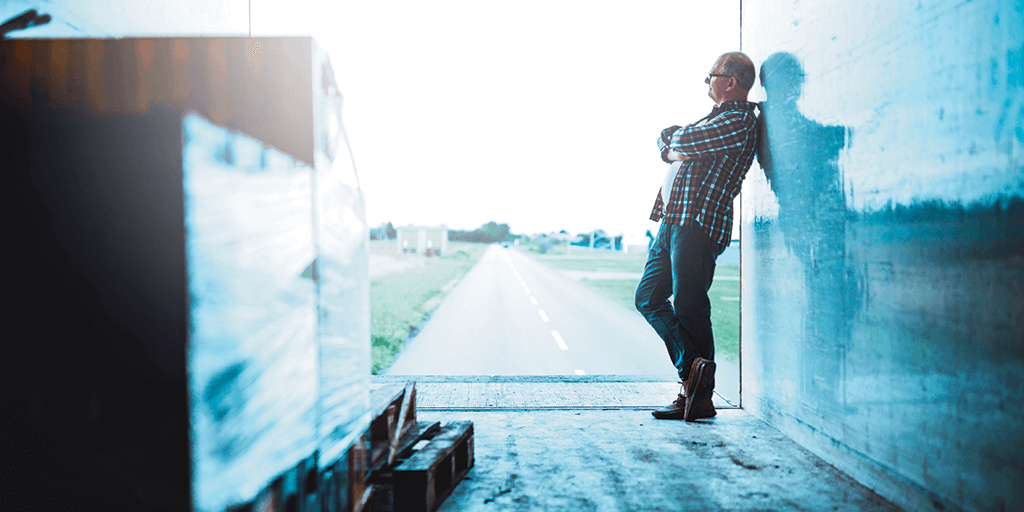 
The numbers are staggering. Every year, roughly 199,000 minors are trafficked for sex in the U.S., along with thousands more adults.

There is a significant alliance, however, taking on the traffickers. Law enforcement is getting help from truckers and other CDL holders, who can act as eyes and ears on the nation’s roadways, and from anti-trafficking activists and motor vehicle administrators, who can help rescued victims re-establish their identities.

Law enforcement and human rights organizations are taking a new approach to undermine this modern form of slavery. Rather than assuming that all prostitutes are people who have chosen to be in “the life,” focus is shifting to identifying those women, men and minors as victims—people who have essentially been captured and forced by controllers or pimps to perform sex acts for money or drugs. The Washington State Patrol has some very successful sting operations in place to counteract traffickers.

“We are now taking a victim-focused approach,” says Assistant Chief Jason Berry, Washington State Patrol (WSP). “Very often, these women have made some poor choices—they are either runaways or got involved with drugs—and they fall prey to a male controller. He takes their ID and physically abuses them to keep them performing sex for drugs or money.” 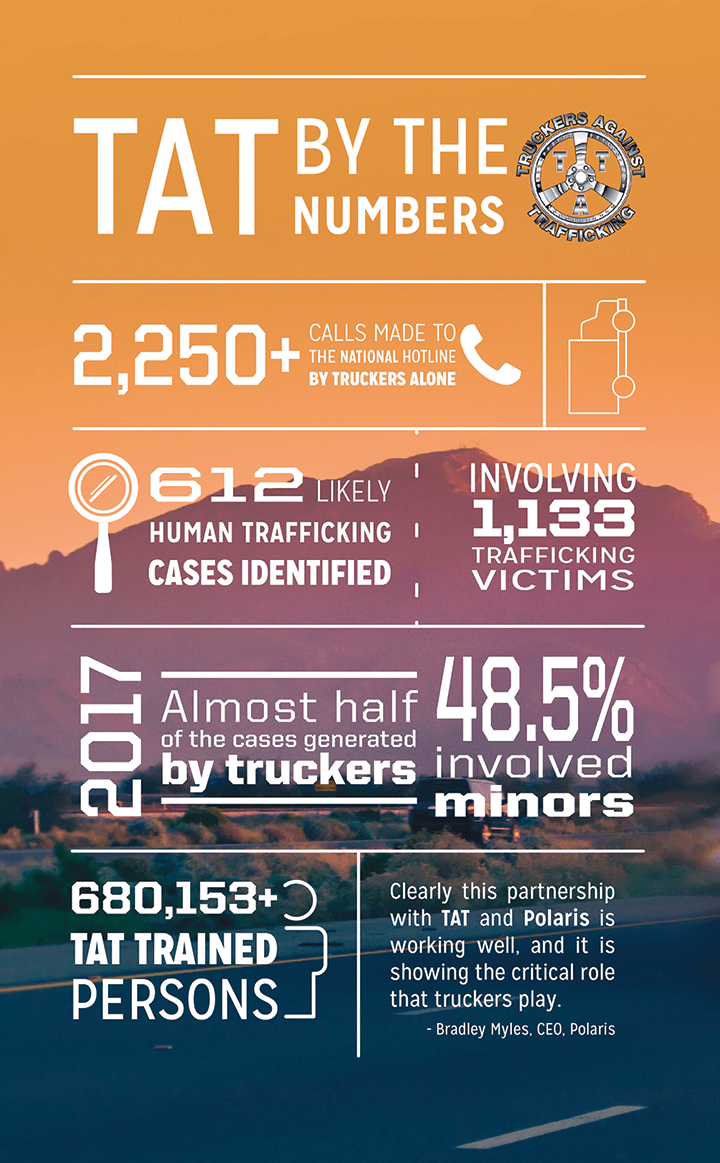 As an investigation unfolds, it is important for detectives to identify the person as a victim rather than as a suspect and give her the opportunity to say, “I need help, he’s controlling me, he has my driver’s license” or “I made a mistake, so he hit me.”

“We have to see victimhood, see the people who want to get out,” says Berry.

In the last year, the WSP has mounted five major human trafficking sting operations with an undercover officer positioned in a semi. The team arrested 220 suspects, eight of whom were pimps. They determined that 91 of those taken into custody were trafficking victims, including seven juveniles.

Berry describes how the WSP works with others in the AAMVA community to reestablish identities. “We bring survivors and local victim advocates together,” he says. “We partner with local law enforcement, the FBI and the Internet Crimes Against Children Task Force, who pass along tips and leads to agencies in every state. The tips get vetted, then sent to local police departments and experts from agencies that look for missing and exploited children, as well as detectives working to rescue children and adult victims.”

“We are raising a mobile army of transportation professionals to discover and disrupt human trafficking,” says Kendis Paris, executive director and co-founder of Truckers Against Trafficking (TAT), a nonprofit organization committed to educating professional drivers about sexual exploitation and giving tips on how to thwart it.

Paris explains that there are 3.5 million CDL drivers on the roads today. “They serve as a force multiplier to alert police departments about suspicious activity,” she says. Truckers can record the routes traffickers use and send tips to police or troopers. Cell phone photos of people or license tag numbers can also be useful even if police can’t respond right away; that information can be used later to corroborate other reports.

Just as police are shifting their perception, TAT is also helping CDL drivers rethink their image of sex workers to seeing victims of human trafficking. Some of that reset is thanks to a training DVD available on the TAT website “We work with a survivor who tells their story,” Paris says. “Sherry was forced to sell herself at a truck stop, and she describes how she was smiling on the outside and dying on the inside. When drivers understand that, they can start to see their own family members and identify with their struggle.”

TAT encourages drivers to take a second look at the people who might approach them. “Look beyond appearances,” Paris says. “Right where you are, you can do something.” Paris relates how Arian Taylor fought off her pimp and knocked on a trucker’s door seeking help. He made sure he got her to people who could help.

“Make a call—save a life” is on the wallet cards TAT gives to drivers with tips on what to do. The cards and the mobile app also have the number for a national hotline number, staffed 24/7 with trained personnel who can help drivers determine if the suspicious activity they see is related to trafficking.

Truckers Against Trafficking has a mobile museum called the Freedom Driver’s Project, a trailer outfitted with items from trafficking survivors and the truckers who have helped rescue them. Each artifact is accompanied by a story.

> The dog tag one woman had to wear when she was working in a trailer in the desert. The house kept 40 percent of her fee, and her “boyfriend” kept 60 percent.

> Prison pants from a woman who had to deliver her baby in prison. The child was taken away, but eventually the pair were reunited.

> The CB radio of a truck whose driver helped break up a 13-state trafficking ring.

The fact that the museum is mobile helps TAT spread the word about trafficking in a way that is right on point. The museum went to UPS national headquarters in Atlanta for Super Bowl week. TAT executive director Kendis Paris says the museum heightens awareness at events like the Super Bowl or state fairs because traffickers will take advantage of large crowds to make money.

Once victims have been separated from their controllers, they face a new set of hurdles. Frequently, the victims have had their driver’s licenses or state IDs taken from them, and before they can apply for jobs or get housing, they need new IDs. That is where MVAs can play a part.

The Nevada Department of Motor Vehicles has a program operated entirely on a volunteer basis by staff members to help rescued victims get the paperwork they need to re-establish their identities. “We work with local nonprofits and the department of human services to help victims get home or get the help they need,” says B. Alexandra Walden, public information officer for the Nevada DMV.

Tonya Laney, administrator, DMV Field Services Division, is one of the volunteers. Law enforcement and other agencies have all her phone numbers, so she can get a victim into the DMV office to get new paperwork started, no matter what time of day.

When a victim comes to the office, a staffer searches the system to see if they have an existing Nevada ID. If the person is not in the system, the staff reaches out to other entities for a Social Security number, birth certificate or school records. Every effort is made to get them processed without having to deal with the stress of the usual crowd of patrons.

“These people are at high risk to go back into their old life,” Laney says. “They’re at a tipping point. If they hit a roadblock in getting re-established, they can slide back. We want to be an organization that helps, not a roadblock.”

As Smith says, the DMV wants to make the most of its direct contact with so many people. Thomas Harlan, information security officer, Nevada DMV, describes how the state has incorporated education about personal safety in the teen driver learning handbook. “We need to teach young people about what could happen,” Harlan says. “There are predators out there, and they have access to young people through the internet. When someone says to an impressionable or vulnerable kid, ‘I’ll buy you anything you want,’ they need to know that if it sounds too good to be true, it definitely is.”

In addition, Nevada DMV has partnered with their state chapter of TAT in anti-trafficking efforts and attaches TAT materials to every CDL learner’s permit. They are also coordinating with public safety officers to hand out educational materials to drivers at non-traffic-related stops.