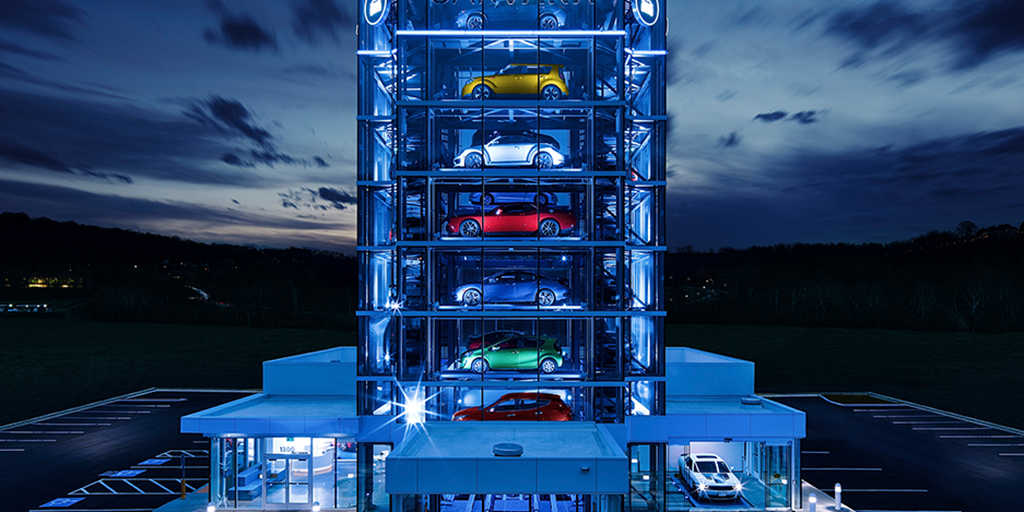 
While it may seem strange to even consider buying a car without first kicking the tires in person or test-driving it for that matter, consumers today are buying and selling vehicles online at a rapidly increasing rate. If given a choice between spending hours at a dealership, negotiating a price and filling out paperwork versus sitting at a kitchen table in pajamas on a laptop to purchase the same vehicle, it’s not hard to imagine why a growing number of people would choose the latter.

However, this dream of convenience, now a reality with the internet, can become a nightmare when what you’ve seen on screen isn’t what you get. In addition, most jurisdictions have differing, pre-internet era laws and statutes regarding the advertising and sales of vehicles—the result can be confusion and frustration when fraud occurs, not just for the buyer who got burned, but also for those tasked with righting the wrong.

One of the biggest challenges to regulating online vehicle sales is determining who has jurisdiction. Jennifer Berry, Working Group chair and assistant chief counsel for the California DMV, explains, “In most [jurisdictions], dealers are required to have a display area and a physical location. But many of these [online vehicle dealers] don’t have a physical location, certainly not in all [jurisdictions], even though their websites are accessible by people in [those jurisdictions]. That’s a challenge to licensing agencies like the DMV, because how do you regulate these people if you don’t even know who they are or where they are?”

Take a sneak peak at some of the topics AAMVA’s Internet Vehicle Sales Working Group is discussing.

Another difficulty is discerning where the sale and transfer of ownership occurs when the transaction is made online. Larry Purdy, chief of investigations for the Oregon DMV, provides a scenario that demonstrates some of the issues: A buyer in Oregon searches the internet and finds the exact car he wants from a dealer in Illinois. He makes the purchase online but when the vehicle arrives in Oregon, it is not in the condition that was advertised. He contacts the authorities in Oregon and an investigation begins.

“The consensus [among the Working Group] is that we have to look at the totality of the transaction,” Purdy says. “Where did the sale originate? Where were the documents signed? Were they signed electronically or were they mailed back and forth? Did the dealer arrange for transportation and delivery or did the buyer? Where did the buyer take possession of the vehicle?”

All of these questions have the same aim—to determine jurisdiction. Whose responsibility is it to investigate and potentially prosecute? When laws and statutes differ between the jurisdictions involved, it may be unclear whose case this is. Lacking black-and-white clarity, investigators must work together through these shades of gray and across jurisdictional lines to help the aggrieved buyer.

“Every jurisdiction has a regulatory division or unit, and part of its charge is to help protect the consumer,” Purdy says. “We all want to protect consumers against fraud or criminal activity.”

While the internet can be a perilous marketplace for the impetuous purchaser, it also provides a wealth of knowledge for the astute researcher. Carvana Corporate Counsel Jonathan Allred explains, “There have been many studies that show people nowadays come to the car-buying process already knowing generally what they want.”

Prior to the internet, negotiating cost was one of the final steps in the car-buying process. “Now, that’s the first thing the customer wants to see, the no-haggle price,” Allred says.

“The internet lets people from all over the country look for the best deal,” says William Childress, executive director of the Virginia Motor Vehicle Board. “They don’t care if it’s in California or in Montana. If it’s the car they are looking for, at the price they want to pay, they’re willing to go get it or have it delivered to them.”

But the old adage—if it seems too good to be true, it probably is—remains as relevant today as ever. “That’s what concerns me,” Childress says. “You are basically trusting a picture, you’re trusting the accuracy of words written by somebody you don’t know.”

“It all sort of started on eBay,” Berry says. “People have been buying vehicles off of eBay for years now. Going to a dealership to spend hours and hours trying to look at a car and then haggle the price—people just are turned off by that. So I think that’s one of the reasons why online sales are so popular. Plus, people seem to be very trusting these days about buying on the internet.”

New technologies give rise to new business models that can be disruptive. “Whenever there is a new business model or a new concept like internet vehicle sales, you have to approach it with an open mind as a regulator,” Berry says. “Somebody is always coming up with a different or better idea. Just because our laws currently don’t fit that idea doesn’t mean it’s a bad one. It just means we have to catch up with these new and innovative ways of doing business.”

Making sure that jurisdictions understand this growing trend and are prepared to manage it is another focus of the Working Group, Purdy says. “If there are barriers in place, we can work together to find a solution to remove some of those barriers so that it’s not only easier for the auto industry to move that way, but also for jurisdictions to regulate [online sales] activity.”

“It’s just going to get bigger and become more prevalent as we move forward with younger people, who do everything through the internet and on their smartphones,” Childress says.

“In the past few years, we’ve had tremendous growth,” Carvana’s Allred says. “We’ve gone from 12 markets to now more than 100, and we cover half of the country’s population with our delivery service.”

TOWARD A SEAMLESS DREAM

“In developing the best practices,” Purdy says, “we want to help facilitate a consistent and balanced approach to internet sales and how they are regulated, while recognizing the convenience that technology provides because that’s the way society wants to go. That’s clear throughout not just the auto industry, but in all segments of our society.”

“The Working Group is not putting forth any one recommendation that says you must do this or don’t do that,” Berry says. “Different jurisdictions have different issues. They see different problems. And so we’ve tried to address as many of those common problems as we can.”

“Some jurisdictions have stepped up and now allow dealers to store their records electronically rather than having to maintain the physical original copies,” Purdy says. “Some of [the Working Group’s recommendations] will require legislative changes, no doubt. But a lot of it is just going to be some minor tweaking of existing rules.”

“Ideally, we would love to have a seamless process where a customer could do the title registration and purchase in 10 minutes,” Allred says. “That’s our dream, but we’ll need government’s help to get there.”

The infrastructure to support mobile driver’s licenses is coming