Highway safety leader shares a roadmap for a safer future


Editor’s note: In the time that has passed since we interviewed Dr. Grondel, he has taken a new position as the Vice President of Traffic Safety and Government Relations at the Foundation for Advancing Alcohol Responsibility. AAMVA thanks him for his years of public service and offers congratulations on this new role. 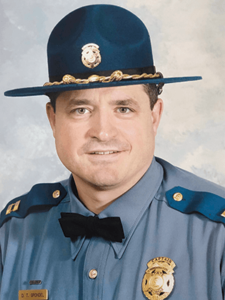 You’ve had many experiences in your nearly three-decade career, from the Washington State Patrol in 1992 to criminal investigations to internal affairs to your current role. Now that you have a broader view of the industry, what’s something you see happening that you didn’t when you started out?

How national and local policies can either work together or against each other. When you’re working as an officer or agent, you may not have access to some of this bigger picture. As a director, all of a sudden you realize, ‘Oh my gosh, the politics that are involved.’

How does that play out?

Let’s say we’re talking about reducing drinking and driving. As a trooper, I viewed it from a jail or punishment mindset—scarlet letter kind of stuff. Now, what I think about is how we actually address the root cause of why they drink and drive, instead of just throwing people to the court and letting the court figure it out.

For years, we’ve been talking and educating about not drinking and driving, not taking drugs and driving. That doesn’t change peoples’ minds. If we truly value safe driving, then why do we have an $8.3 billion cost in fatal crashes to Washington state, yet we only put $50 million towards prevention? With sobriety checkpoints, for instance, some countries have reported a 30% reduction in fatal crashes. It’s not about making arrests. It’s about deterrence. But checkpoints are illegal in Washington.

So, if you truly value safe driving, let’s put the resources and policies in place that would allow us to have the greatest impact and save lives. It’s about what can we do to make a positive difference every day.

What was it like becoming the chair of the Governors Highway Safety Association (GHSA)?

People have the trust and confidence in you to help lead them because you’re leading every state in the U.S. But I see things from a very different perspective than I did when I was just secretary. Looking at the fiduciary responsibilities that you have, the influence that you can have with your federal agency partners and being able to affect change, it was a very different role.

If you could only accomplish one thing in your tenure, what would it be?

For me, it’s to really get us back to the basics and to help us to build a very strong culture around safety.

Impaired driving. It’s not just the legalization efforts related to cannabis, but more of the social acceptance of taking any drug. We need more resources and officers to effectively address that. We have to help the states and the courts realize that this is important.

After years of patrol work, do you still like to drive?

I love driving. I love that kind of freedom. Some people say thoughts and ideas come together for them in the shower. That happens for me when I’m driving. There’s this element in patrol, too, where you learn some key defensive driving, fun stuff like that. And I like to continue to practice some of those skills.

Do you have any other hobbies?

Watching college football. I played a little in junior college in Idaho, and I always had dreams of playing at a Division 1 level. Although I think my eligibility has dried up now.

But it’s fun to watch these young players. To see the athletic things they pull off, see their aspirations and hopes. And it brings all my kids together. I even joke with my daughter, who knows so much about football, that we’re going to get her a headset so she can start giving advice to these head coaches.