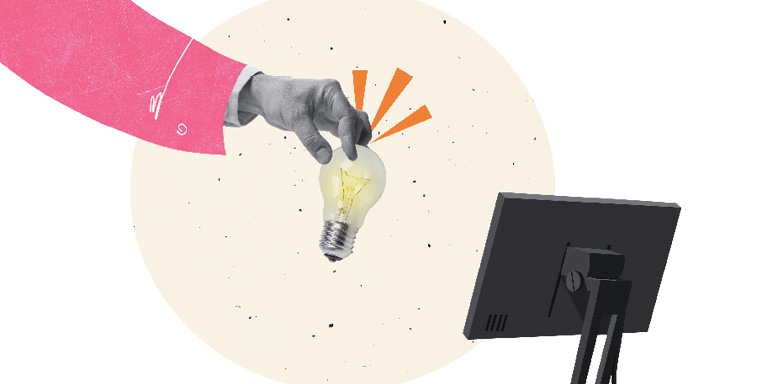 
When a rural motor vehicle division (MVD) location in northern Arizona had to close, the Arizona MVD knew it had a problem to solve. Without services close by—coupled with a hesitation to utilize online services—people in the community had to travel more than 70 miles to conduct their driver’s license and other motor vehicle business.

Eric Jorgensen, motor vehicle division director at the Arizona MVD, and his team pondered how they could serve rural communities without the need for customers and staff to travel long distances. Because the Arizona MVD sometimes works with third parties to provide other types of services, Jorgensen thought, “Why can’t we work with a third party for this, too?”

To test this theory, the Arizona MVD partnered with a third party in the northern community to provide a machine that customers could access for driver’s license services. Through the machine, an MVD employee anywhere in the state could assist customers remotely. This sparked the basis for the Virtual Customer Service Representative (CSR) project, which won the 2022 AAMVA Trailblazer Award.

Because that original machine in northern Arizona was built with “duct tape and baling wire,” said Jorgensen, they needed to find a more permanent solution. Jorgensen said he and his team also thought about how, in their local urban community, there are times when some MVD locations are swamped while others are slow, and vice versa. Jorgensen wanted to solve all these problems with one initiative, which is where the Virtual CSR came in.

Officially launched in January 2021, the Virtual CSR uses computer terminals equipped with software purchased from ClairVista to allow customers and MVD agents to interact via video conferencing. On the customer side, a facilitator guides them to a terminal equipped with a computer, printer, scanner, microphone and camera. From there, a remote agent guides them through whatever service the customer is there to complete. While an on-site facilitator is there if needed, the Arizona MVD found that most customers could handle tasks on their own while working with the virtual agent.

The Arizona MVD has trained some employees specifically to act as virtual agents, with a goal of having all employees trained and able to jump in when needed. Virtual CSR terminals are also currently installed in the West Phoenix and two Tucson offices, with the goal of providing them in more offices throughout the state and in rural communities.

The vision for these communities is that the town is responsible for providing the space for the terminals, such as a city or county building, and will need someone to point the customer in the right direction, but there’s no requirement for motor vehicle expertise. From there, customers will work with a virtual agent to complete their tasks. The Arizona MVD is currently having conversations with a handful of rural towns and has plans to expand.

An unexpected outcome of the Virtual CSR program is how enthusiastic customers have been upon using the terminals. Because many customers are hesitant toward computers and other technologies, Jorgensen thought there would be more resistance from customers. However, once customers use the terminals and see for themselves how easy they are to use, they feel empowered and satisfied with their experience.

“At first, we heard from people saying, ‘We don’t do kiosks.’ But this isn’t your typical kiosk,” Jorgensen said. “It’s a CSR on the screen, a real person who walks them through the transaction.”

The Trailblazer Award recognizes a jurisdiction agency or individual who identifies and implements innovative changes that positively affected their agency and/or community. Jorgensen said receiving the award validated the hard work his team put into getting the Virtual CSR program rolled out to the public.

“There’s a lot that goes into it, a lot of teamwork and people identifying the problem and coming up with these innovative solutions,” he said. “To get that recognition for our team—that this is a real step forward and something that could be of value not only here in Arizona but in other jurisdictions—I think that’s validating for the team.”