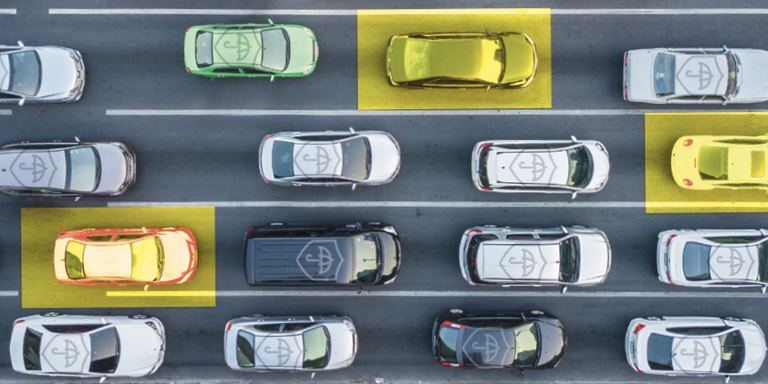 
Accidents involving uninsured drivers have plagued Illinois for years. Yet when state lawmakers passed legislation about a decade ago requesting changes to the state’s insurance verification system, leaders at the Illinois Secretary of State’s Vehicle Services Department had to acknowledge an unpleasant fact: “We had absolutely no way of [complying],” recalls deputy director Carrie Leitner.

The Vehicle Services team instead received permission from the legislature to form a task force to investigate a path forward. The state’s old verification system consisted of a random, annual postcard-based survey of about 300,000 of the state’s 12.7 million residents. The process was manual and time-intensive, and was both too easily gamed by bad actors and also vulnerable to improper suspensions when insured motorists failed to return their postcards within 30 days.

The task force ultimately led to a request for bids from vendors who could modernize the state’s approach. Illinois leaders selected Blythewood, South Carolina-based MV Solutions, which worked with the company to develop the Illinois Insurance Verification System (ILIVS), replacing the postcard system with an electronic one that interfaced with insurance providers to verify the insurance status of every registered vehicle in the state, utilizing weekly “book-of-business” submissions from the insurers using the Insurance Industry Committee on Motor Vehicle Administration’s established model. It helped that two of the country’s largest auto insurers, Allstate and State Farm, both are headquartered in Illinois.

Illinois’ Vehicle Services team spent six months in 2019 working with MV Solutions to implement the new technology. Then came COVID, which delayed the program’s statewide rollout until July 2021. But when the program finally launched, it quickly delivered on its promise: Within six months, the percentage of registered vehicles without verified insurance fell from 12.7% of Illinois vehicles to 8.4%. Over that same span, 200,000 drivers have either obtained insurance or received suspensions.

The change means state officials are now tracking the insurance status of several million drivers rather than a sample of 300,000, yet the electronic system also has made the state’s operation more efficient. The same staff of 40 remains able to handle all customer-service issues, even with an exponentially larger pool of drivers. In addition, the electronic system requires fewer in-person visits to the secretary of state’s office because most issues can be resolved using an online portal.

“The portal keeps a great number of people out of our facilities and off the phones,” Leitner says. “People have direct access to clear up an issue. They can tell us that a vehicle was in storage, or say, ‘Hey, I have insurance, but there was a mixup because I switched policies’—and then provide proof.”

Illinois officials are currently sending 2,500 suspension letters per day to uninsured drivers. Customers without insurance are required either to surrender their plates or obtain valid insurance prior to a specified date. Drivers with lapsed coverage must pay a fine prior to reinstatement.

“It was a new process for the state of Illinois, and they had an open mind to new technology and to a different approach,” Goff says.

For Leitner, the most meaningful sign that the program is working is that she’s no longer fielding calls from colleagues and constituents about accidents involving uninsured drivers.

“Those were standard complaints for years, and I haven’t had one in the last 18 months or so because now I can say, ‘This is what we’ve done, and it’s working—it’s driving down the uninsured rate,” Leitner says.