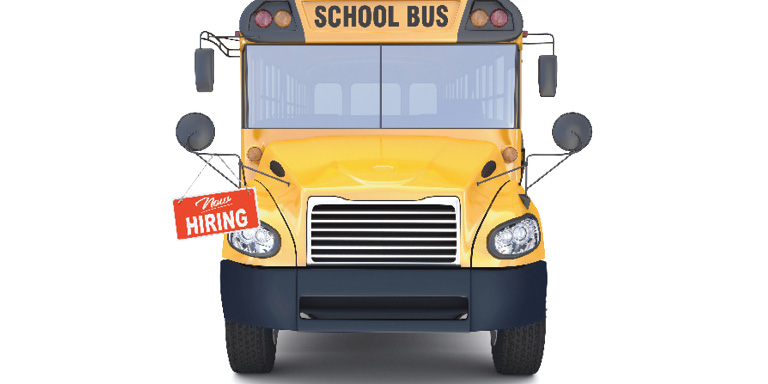 
Today, school bus drivers are in high demand. According to a recent survey by the Rand Corp., 57% of school districts in the country had a considerable shortage of bus drivers this year. And in urban districts, that number went up to 69%.

In September 2020, in response to this shortage as well as the COVID-19 pandemic, the North Carolina Department of Motor Vehicles (NCDMV) launched a virtual school bus training pilot program in the Wake County public school district, one of the largest districts in the state.

“We needed to train more drivers, and at the same time, we needed to keep everyone safe and apart,” says Tim Hayworth, director of training and development for the NCDMV. “We were dealing with parallel problems and had to come up with outside-of-the-box solutions.”

The Wake County pilot program ran from September through December, during which four classes graduated about 50 students. By March 2021, the training was ready to go statewide.

“As with anything new, there were some bugs in the system,” Hayworth says. “But as we got feedback from students and supervisors, we’ve been able to make adjustments along the way and improve the experience for everyone.”

Prior to the driver shortage and pandemic, bus driver training at the NCDMV consisted of three eight-hour days in a classroom followed by four specific tests, all of which students had to pass in order to get their permit. After 14 days with a permit, students then went on to do behind-the-wheel training, where they were taught how to drive the bus as well as its mechanics. After passing those tests, students could then receive their official license to drive a school bus. Hayworth and his team say they’ve seen students as young as 18 and as old as 75 complete the training to become school bus drivers in North Carolina.

The new virtual training follows the same process, but the eight-hour classroom days are now virtual. Classes are led by two trained instructors on an online platform similar to Zoom called WebEx.

“While one instructor is presenting the information, the second instructor is following the chat, answering questions and running tech support,” says Lithia Williams, lead program coordinator for the Virtual Training Section at the NCDMV.

The one part of the training that has not been replaced virtually is the behind-the-wheel portion where students physically drive and inspect the bus under direct supervision.

“Maybe one day we’ll be able to use video games or simulators like pilots or surgeons, but we’re not there yet,” Hayworth says.

The law, however, still states that a licensed driver must be present while a permitted driver is driving. Considering all the safety precautions instituted due to COVID-19, perhaps the law will one day allow for a remote supervisor, but until then, this section of the training isn’t going anywhere, he adds.

To date, the NCDMV has held 26 virtual school bus driver training classes. Going forward, the plan is to hold two classes a month with up to 200 students per class. But even as the success of the virtual classes continues to grow, Hayworth says they will still hold in-person classes as well for the foreseeable future.

So how have they measured their own success? Their pass rate is almost identical to the in-person classes: 83.5%.

“The bottom line is if people are taking the virtual class, but nobody can pass it, then it’s never going to be a success,” Hayworth says.

In only 14 months, the NCDMV virtual training has seen over 2,000 students. Clearly, the NCDMV is doing its part to fill the bus driver shortage.

“I really can’t say what date we’ll have the program perfected, but you don’t learn to swim until you get in the water,” Hayworth says. “We’re excited to dive deeper.”

ID of the Storm